For August 2014, City People Fashion and Lifestyle Magazine presents us with its double cover.

Although the publication calls them the “Divas on the Rise”, the actresses who have long-term careers in Nollywood – mostly known for their roles in Yoruba productions, speak on their careers, aspirations and fashion.

Iyabo rocks a pink long sleeve dress with black lace detailing, while Mercy is chic in a blue gown with black lace, and Dayo keeps it stylish with a black jacket, and a black-and-white print jumpsuit. 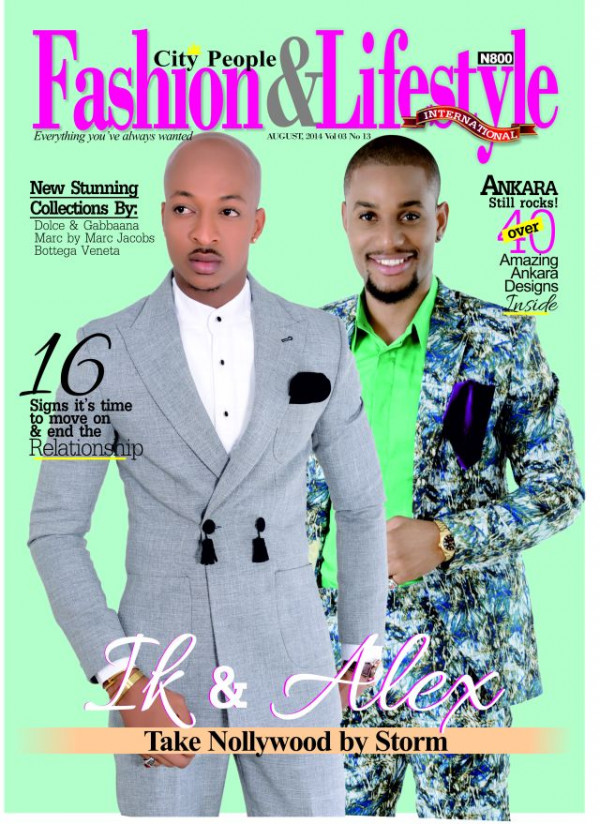 The actors taking Nollywood by storm, according to the magazine are IK Ogbonna and Alex Ekubo.

And it isn’t far from the truth. These two rising acts are featured in almost all new movies. For the cover, they both show-off their sartorial edge.

Is It Derogatory to Call Your Help a Maid? Tonto Dikeh Comes Under Fire from Fans