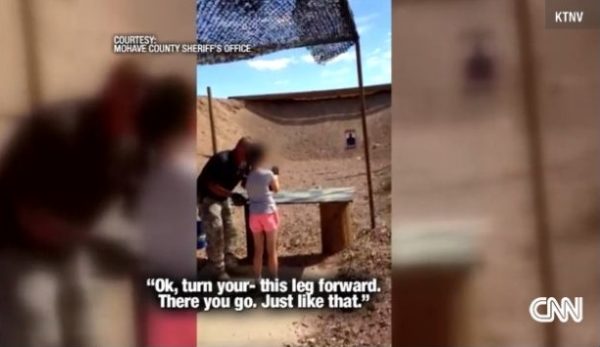 A 9-year-old girl in Arizona who was learning how to operate a sub-machine gun at a shooting range accidentally shot and killed her instructor.

The accident occurred when the gun recoiled over her shoulder as she was firing shots, CNN reports.

The girl shot Charles Vacca, the 39-year-old instructor, in the head. He was rushed to the hospital but doctors were unable to save his life. He passed away on Monday night.

According to reports, the girls’ parents were recording the tutorial on their mobile phones when the incident occurred.

“Bullets and Burgers,” the range where the shooting took place, reportedly states via their website, that “children between the ages of 8 and 17 can shoot a weapon if accompanied by a parent or guardian.”