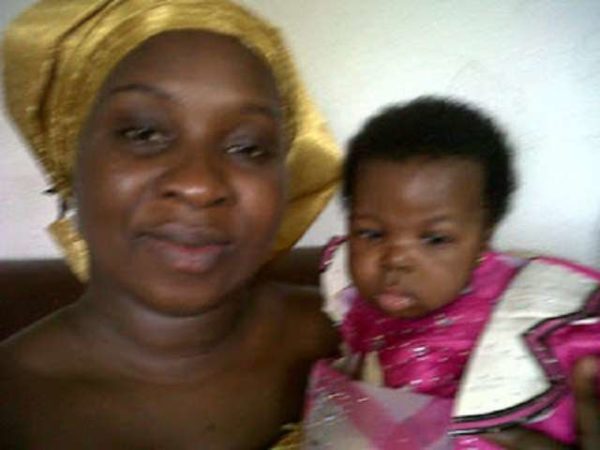 The robbery that took place on Monday was tragic not only for the banks involved, but also for the residents around the area.

According to several online reports, the robbers fired gunshots sporadically at some houses in the area to prevent residents from raising any alarms.

Unfortunately, some of those bullets hit a mother, Jane Beluchukwu-Ndirika, and  her 14-month-old daughter,  Nmesoma, killing them.

A resident of the house who was present during the incident said:

“While the shooting was going on, every one laid on the floor in their respective apartments.  I was with Jane in her parlour while her child was inside the room.  Suddenly, the child started crying and the mother stood up to carry her.

As she was coming to the sitting room with the baby, a stray bullet perforated the window, hit the baby in the chest and also got the mother on the left side of her shoulder.

Immediately, she took the child back to the room and started shouting for help. Nobody came to her rescue because people were running helter-skelter for dear life.”

After the robbers left, the victims were immediately rushed to the Mother and Child Hospital at the First Gate in Festac where they were confirmed dead.

Our condolences go out to Jane’s family and loved ones.