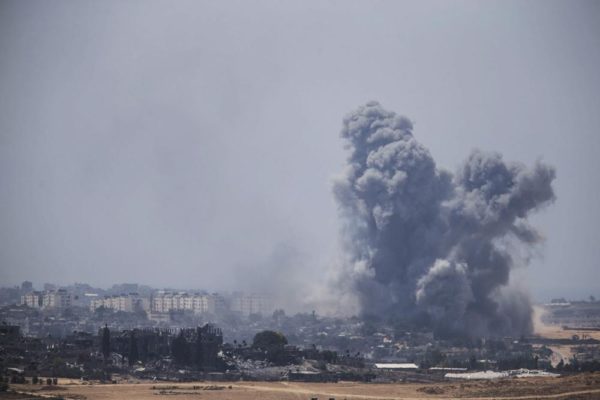 GAZA CITY (dpa/NAN) ― At least 15 people died and 90 were wounded on Wednesday when Israeli tanks shelled a UN school in the northern Gaza Strip where scores of civilians reportedly took refuge.

The al-Hussein school in the Jabalia refugee camp, which is run by the UN Relief and Works Agency (UNRWA), was shelled for the second time in less than a week, witnesses said.

An Israeli military spokeswoman said in Tel Aviv that a preliminary inquiry found that militants fired mortar shells from near the school at Israeli soldiers in the area, who “returned fire to the origin.’’

Earlier in the day, in the same area, five Israeli soldiers were injured by a mortar shell.

Palestinian militants fired at them with rocket-propelled grenades and anti-tank missiles as they were being evacuated, the Israeli military said.

On the 23rd day of the Israeli offensive in Gaza the death toll there has reached 1,283.

More than 7,170 people have been wounded. Reports say most of the dead in the densely populated ports enclave are civilians.

Also 53 Israeli soldiers, two Israeli civilians and one Thai national have been killed, and hundreds have been wounded the report added.

While Prime Minister Benjamin Netanyahu was meeting with his security cabinet, a Turkish mediator arrived in Israel to attempt to mediate a truce between Israel and Palestinian factions.

Mohamed Deif, the elusive chief of al-Qassam Brigades, Hamas’ armed wing, declared there will be no ceasefire with Israel until its offensive ends and the blockade on Gaza is lifted.

He was reported to have said, “Palestinian armed resistance is stronger and more powerful than the army of the enemy.’’

In early 2009, the 22-day-long Gaza conflict killed up to 1,444 Palestinians, according to Gaza authorities, and 13 Israelis.

The Israeli military said that Palestinian fighters have launched at least 80 rockets at Israel since on Tuesday.

Air raid sirens and several booms were heard in Tel Aviv on Tuesday evening, while Beersheba and southern Israel came under rocket fire on Wednesday morning and afternoon.

In an overnight airstrike on a house in the southern Gaza town of Khan Younis, 10 members of one Palestinian family were killed and 25 wounded, al-Qedra said.

At least seven people were killed in a house bombed in eastern Gaza City.

Most of Gaza’s 1.8 million residents are without electricity after a power plant was shelled and caught fire on Tuesday.

The damage was expected to take months to fix, UN officials said it would affect hospitals, water supplies and sewage treatment systems.