"Banning of Hijab in Nigeria is Unconstitutional" - NBA 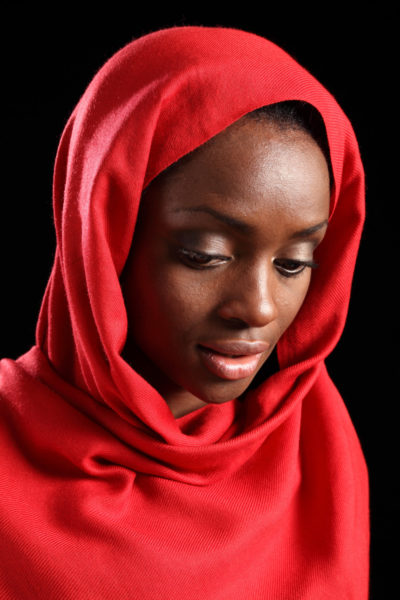 Augusustine Alegeh, President of the association, rather urged the government to find a lasting and peaceful solution to the security challenges threatening the country.

Alegeh told the News Agency of Nigeria (NAN) in Abuja that placing a ban on wearing Hijab due to the recent spate of attacks by female suicide bombers was not a positive and lasting strategy to curbing insecurity.

The association’s president was reacting to recent calls by some members of the public that the government should ban wearing Hijab to checkmate female suicide bombers.

He said that it was the right of every individual to dress according to the requirement of his or her religion, adding that it was not an option to ask female Muslim faithful to stop wearing the Hijab.

“Wearing of Hijab by the female Muslim faithful has religious as well as cultural meaning, and nobody can take away that right from them.

“The security agencies should find lasting solutions to the country’s security challenges rather than place a ban on wearing of Hijab as that is an easy way out,” he said.

Emmanuel Akubor, Lecturer, Department of History, Obafemi Awolowo University (OAU), Ile-Ife, however, supported a temporary ban on the use of Hijab, describing it as a security measure to curb the trend.

“People should not see a ban on the Hijab as showing hatred for the religion, but because some persons have resolved to use the clothing to harm and terrorise others,” he said.

Akubor said due to these new method devised by terrorists to harm citizens, other female Muslim faithful who wore the Hijab would suffer discrimination as people may not want to associate with them due to fear.

He said that the temporary ban would prevent further use of the veil as an instrument to perpetrate any form of crime in the society as terrorists would not be able to disguise themselves.

Akubor said although the temporary ban would ignite protest among the Muslim community, religious leaders should educate and sensitise their followers to regard the ban as a means to achieving peace for the country.

He suggested that in place of the full length Hijab or Niqap, the neck or shoulder length Hijab should be allowed as it could still enable the female cover herself.

Halima Hamidu, a banker, said the trend of wearing the full Hijab or Niqap by female Muslim faithful had dwindled in recent time due to discrimination encountered by those who wore it.

Hamidu said that some educational institutions did not allow wearing of Hijab as it was not a formal attire, adding that some female Muslims now wore a shoulder length veil or Hijab.

On his part, Yusuf Kazaure, Executive Director, Corporate Services, Galaxy Backbone Ltd, said he was not in support of placing a ban on the Hijab, adding that it would not solve the security problem in the country.

“Even if a ban is placed on the Hijab, it will not solve the problem.

“Persons who commit acts of terrorism will find another means to perpetrate their crime and when that happens how will the situation be handled then?,’’ he asked.

He faulted the method used by security agencies to resolve security threats, saying that suspects were often eliminated or released without getting concrete information from them.

Kazaure said that this method did not allow security agencies get useful information needed to make arrests and solve security issues, thus making the problem linger.

NAN recalls that on June 8, a female suicide bomber killed herself and a soldier close to the Quarter-guard of the 301 Battalion of Nigerian Army in Gombe state.

The female bomber was riding on a motorcycle and on approaching the gate of the military facility, hugged a soldier which led to a bomb concealed in her Hijab to explode, killing both of them.

In recent months, there has been an increase in female suicide attacks in parts of the country, which has led some persons to believe that the female suicide bombers may be the captured Chibok girls.

U.S to Support Nigeria & other African Countries’ Elections with $51 Million for 5 Years