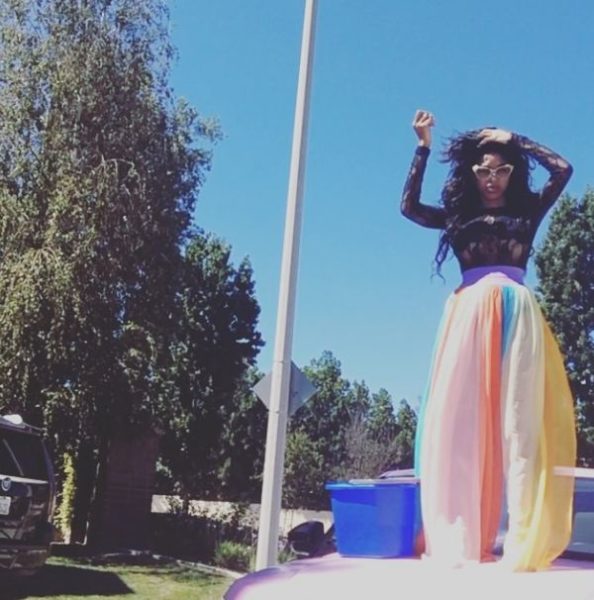 Dencia gets wet for a good cause.

You have probably seen a few celebrities and personalities getting wet with buckets of ice water on social media. If you don’t know what it is about, we have the scoop.

It is a progressive neurodegenerative disease that affects nerve cells in the brain and the spinal cord. It is also called Lou Gehrig’s Disease

If you are dared, you have two options – get wet with a bucket filled with ice water and nominate 3 more people to do the same or you can donate to the ALS charity of your choice. So far, so good $10 million has been raised.

And Dencia has joined. After getting wet on her Range Rover, she nominated the BellaNaija team, Genevieve Nnaji, 2Face Idibia, D’banj, Waje, Tiwa Savage, Didier Drogba, Wizkid, and Yvonne Nelson.

Other celebrities and personalities.
Tyler Perry

Who will try this in the Nigerian entertainment scene? We will just have to keep refreshing our social media timeline.