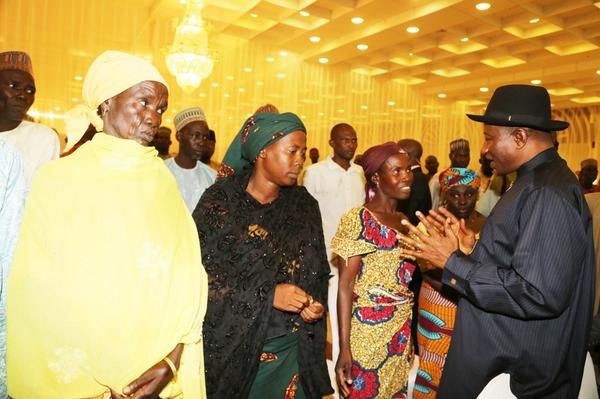 Yesterday, BN brought you the news that the faction of northern leaders gave President Goodluck Ebele Jonathan an ultimatum till the end of October to bring back the girls abducted in the Chibok area of Borno.

Today, through a statement by his Senior Special Assistant Doyin Okupe, the commander-in-chief made his position known and called the demands “contrary to common sense”.

We read with deep concern the statement published in the Media today by the Northern Elders Forum giving President Goodluck Jonathan a two ultimatum on the Boko Haram Insurgency and the Chibok Girls abduction Saga.

We wish to state categorically that President Jonathan does not require any threat or ultimatum from any group of persons to be alive to his responsibilities to the Nigerian People.

The issue of Insurgency especially those ideologically based on Islamic extremism is a global phenomenon and requires tact, military capability, serious de-radicalisation techniques and community based counter insurgency programmes to ensure success.

In these areas, the Federal Government is making progress:

a) We are improving on our operational capabilities and efficiencies by acquiring more advanced weapons and technologies for our military and security agencies.

b) We have drafted more military personnel to the region to strengthen the fighting power of our armed forces.

c) We are taking advantage of the offers from our international military and intelligence allies to assist in identifying key locations.

d) We are working with our neighbours to secure the borders and limit the movements of the Boko Haram fighters, building on the agreements reached at the recent summits in Paris and London.

e) We are deploying more resources to maximize operational efficiency, acquire more advanced and relevant weaponry and boost the general morale of our combatants. This is why the Government recently requested for an additional funding of $1bn.

f) And the last piece in the puzzle is targeting the domestic and international funding, and stopping the money flows into the coffers of the terrorists.

g) With all these efforts and the support of our allies, these steps will help fight the threat of the Boko haram and move us closer to bringing the girls back safely.

Lastly, the suggestion that the Government is carrying out any scheme to annihilate any section of the country for political gain is preposterous, contrary to common sense, divisive and essentially a deliberate attempt to disseminate “hate mentality” and cause mischief.

President Goodluck Jonathan was voted for by an overwhelming majority of Nigerians across the board, and he will never promote any policy that is either divisive or inimical to the wellbeing of any section of the polity.

What the country needs today is total co-operation, of all its citizens and stakeholders, with the Government and our military and the security agencies.

We wish to assure Nigerians that in spite of this and many more distractions, the President is focused on continued successful executions of his transformation Agenda; and the guarantee of the security of lives and properties of the Nigerian people.

Robin Williams Committed Suicide by Hanging Himself with a Belt