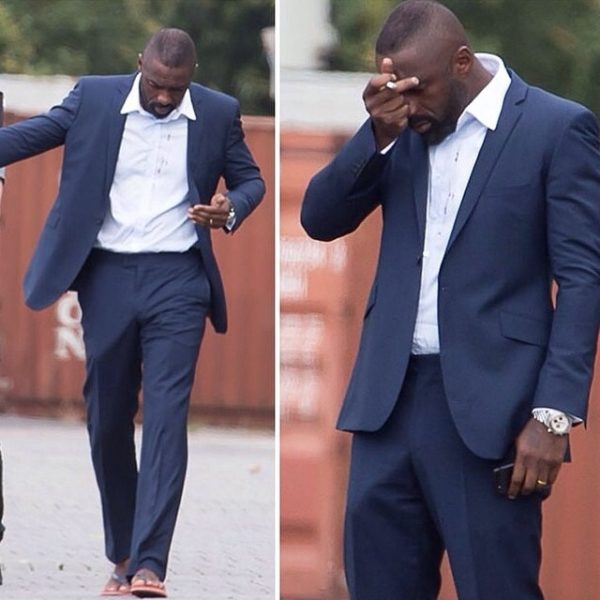 This week, the actor caused a “huge” frenzy when photos of him on the set of his upcoming film “A Hundred Streets in London” went so viral.

It was not for his expertise in the acting world, but his, er, you know…alright, very distracting bulge.

He took to Twitter to joke about it and the good news is Calvin Klein wants him for an ad.

So thank you internet, we will keep refreshing CK’s website for the campaign images.

The good news is i got a shit load of followers. The bad news is, that is a mic wire. #egowentintospaceshipmodethough

Related Topics:A Hundred Streets in LondonCalvin KleinIdris Elba
Up Next

Ebola: Kunle Afolayan Reveals He Was Isolated from Kenyans on Flight to Seychelles