Adrienne Femnou: Breaking Up with the Ex-Boyfriend's Family 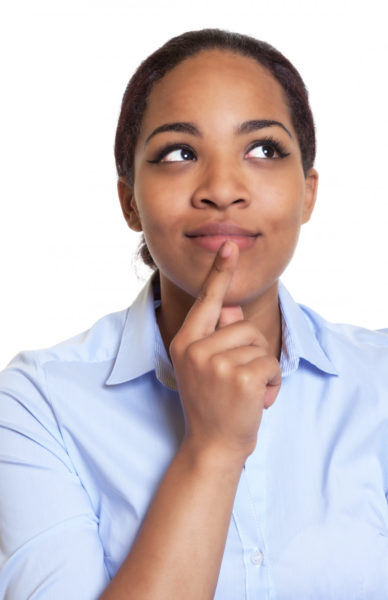 Help,
I will try to keep it short. I used to date this guy for a year and after the breakup we kept seeing each other for another year and a half (some good and a lot of horrible moments). I got very close to his cousin, cousin’s wife and their children (for one they live across the street from my family). My little sister and I spent a lot of time at his cousin’s house. Even after the breakup, I continued to visit his family almost daily. His cousin’s children became very attached to me and they still are. A few months ago, his mother visited from Africa. I had never met her but spoke to her on the phone a few times. I accidentally met her during one of my trips to the cousin’s house and she was very very did I say very excited to meet me (obviously she did not know the status of the relationship. And I guess she also did not know he was in another relationship… Oh well).

She fell in love with me even after I told her where the relationship stood. I visited her often (at his brother’s house) and she was determined to get us back together. Great plan!!!! After one of our gazillion fights went really bad, I decided to confide in my soon-to-be mother-in-law for support and got a freezing-cold shoulder. That was my cue to leave so I stopped visiting her, and also stopped communicating with him and his brother, but “sweet mother” will not stop buzzing my phone. How do I breakup with my ex-boyfriend’s family?

Because social workers or therapist have to be culturally competent, I will give my therapeutic responses in one, two,or sometimes three parts. The different ones will be westernized, African (keeping our morals and values in the response) and religious (when needed and necessary).

In this situation I will give a universal view with some points focusing more on the African culture. Entertaining someone for almost two years after a breakup must be very strenuous. You said there were a lot of horrible moments which must take a toll on anyone’s emotional self. You brought up the idea of him having a girlfriend which means during your “seeing each other” moments, he was also getting to know someone and willing to make you aware of it(I guess).

Before I address the family issue, I want to say that it is OK to care about someone after a breakup (those feelings don’t vanish in the moment the relationship is over…THOUGH I WISH). We must also understand that it is a crucial moment to get to know ourselves even better, try to understand what went wrong, and get back to our basics. You are an individual and not defined by someone else.

Ok now the family wahala. First I am glad that you were able to find the strength within you to stop the communication between yourself and the mother and the ex. Getting a cold shoulder from someone you pretty much considered on your side (and soon-to-be) must have been devastating. You don’t mention your emotions but it goes without saying that it must have been a very rough last couple of years. You don’t need those relationships with his family unless you can separate his family from him but that is close to impossible because there is a chance of running into him, his name always coming up and more. I will say continue to keep the space until you know you are strong enough to talk about him without any hurt in your heart. I am not sure if you are still visiting the cousin daily and what the status with that is but it must be difficult to live in the same area. But take care of yourself.

You sound like a lovable person and that is a great quality. Personally, I hate families that waste a girl’s time meanwhile their son is out there building his (but that’s my two cents and personal feeling).

The Perfect Proposal? We’re Speechless … Check This Out!

Ara: “I Cooked Everyday even as the Breadwinner in my last Marriage”, now Open to Dating Younger Guys

A's therapeutic moment is a young woman's passion for her profession. She is a young woman currently working on her master's degree. Her plan is to move back to Africa and contribute to her continent as much as she can. She loves showing empathy and being the best she can be.