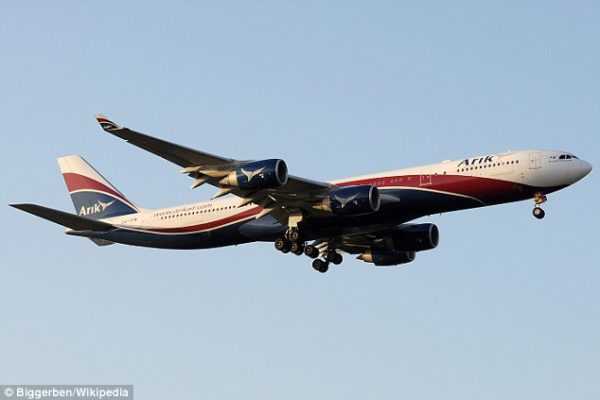 A 63-year-old man on an Arik Air flight died during a flight from Lagos to New York, prompting fear amongst passengers that he may have to Ebola.

The man is said to have boarded the JFK-bound flight which had 145 passengers on board on Wednesday night, but died before arriving the plane’s destination, Daily Mail reports.

The case was immediately reported to the CDC, customs officials, and port authority. Authorities are said to have conducted a brief test on the body, and thereafter concluded that the deceased did not have Ebola.

Many are criticizing the what they have described as the “very brief” examination conducted on the corpse. There are fears that detecting whether an individual has Ebola should take more than just a few minutes.

Republican Congressman Peter King, is one of the people who holds those views. Here are brief excerpts of a letter he wrote to the Department of Homeland Security:

“It was what I was told a cursory examination. The Port Authority cops and personnel from Customs and Border Protection were there, and they were told there was no danger because the person did not have Ebola…

But the concern is, how could you tell so quickly? And what adds to the concern is how wrong the CDC has been over the past few weeks…”