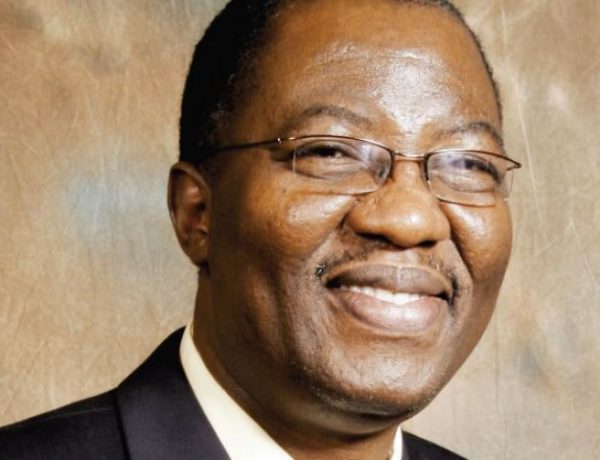 A former Governor of Ogun, Gbenga Daniel, on Wednesday in Abuja appealed to former President Olusegun Obasanjo for forgiveness, if he (Daniel) had in anyway erred against him.

He made the appeal at the Peoples Democratic Party (PDP) National headquarters, where he formally announced his return to the PDP.

Daniel, who was received by the PDP National Chairman, Alhaji Adamu Mu`azu and Senate President David Mark, was a two-term governor on PDP ticket before he left the party for the opposition.

“On this day, I return to my base, the PDP, where I rightly belong,’’ he said.

He, however, said that the country was tilting towards a one-party state, adding that it was about time the smaller parties “began to think of either moving to the right or the left’’.

The former Ogun Governor, said that the PDP must not give the opposition a chance it did not deserve, adding that the party had a formidable structure in the state.

He further stressed that President Goodluck Jonathan was the best performing president the country had ever had and should therefore be supported for a second term.

The senate president expressed the hope that the return of Daniel and Governor Olusegun Mimiko of Ondo State would ensure the defection of other South West political stakeholders to the PDP.

“I believe that with your home coming, the PDP is assured of victory in Ogun and the South West,’’ he said.

Mark, who is also the Chairman of the South West Integration Committee, stressed that it was only the PDP that could guarantee true democracy in the country.

He assured that the party’s leadership would continue to ensure a level playing ground for all members as promised by its national chairman.

Mark, however, advised members to persevere and remain in the party even if their political aspirations were not immediately met.

In his response, Mu’azu, the PDP National Chairman, commended the former Ogun governor for openly appealing to former President Obasanjo for forgiveness.

He also joined the former governor in appealing to former President Obasanjo to particularly forgive the PDP if the party had offended him in any way.

“I want to join Governor Daniel to appeal to our Baba, President Olusegun Obasanjo, to forgive us. We are your children and we have been making mistakes; we had made mistakes and so we apologise.

“Please Baba, we apologise, come and lead us, even the president is waiting for you to come and lead us; you are our leader, we appreciate you, we thank you for your leadership and your courage,’’ he said.

Mu’azu, however, said that power and glory belonged to God who made all decisions.

He said that Ogun was a PDP state, adding that there was no reason the party would not reclaim the state in 2015.

He said that the party, under his leadership, would ensue a level playing ground for all party members, adding that equity and justice would also be ensured in the party.

He added that President Goodluck Jonathan and the PDP were committed to ensuring that the needed assistance was given for the victory of the party in 2015 general elections.