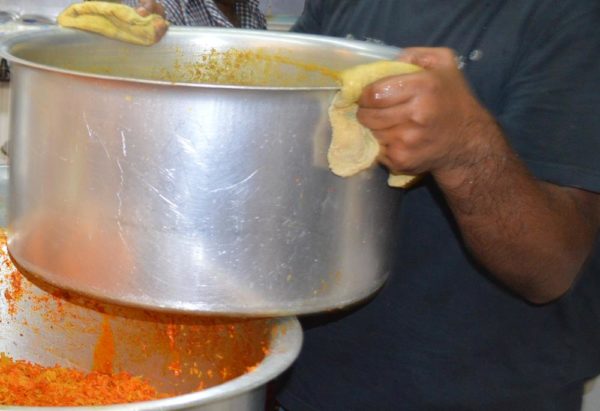 A Somolu Magistrates’ Court in Lagos State on Monday sentenced a 28- year-old man, Abiodun Ojedokun,  to six days of community service for stealing a large pot of soup.

The Magistrate, Bola Osunsanmi, sentenced the convict to 48 hours of community service  for each of the three-count charge, after he had pleaded guilty to them.

“Based on the facts of this case before this court, the confirmed report and your plea of leniency, I hereby sentence you to 48 hours community service on each of the counts of the charge,” Osunsanmi said.

The convict, arraigned on a three-count charge of conspiracy, burglary and stealing, pleaded guilty to all the charges preferred against him.

The prosecutor, Akinlabi Adegoke, told the court that the convict, who was a casual worker and whose address was unknown, committed the offence on September 20th at 2 a.m. at the Onipanu Model Market in Somolu, Lagos State.

“The accused connived with some others, now at large, to break into one Gbadamosi Sanni’s shop at 2 a.m.

“They broke the locks and stole her large pot of soup, valued at N8,000,” Adegoke said.

The prosecutor told the court that the offenses contravened Sections 285, 308 and 409 of the Criminal Law of Lagos State, 2011.

Ojedokun pleaded guilty to the charges and asked for leniency, claiming that he committed the offense because he was starving.

Photo Credit: jimsuewinning.wordpress.com (*Photo is for illustrative purposes only*)