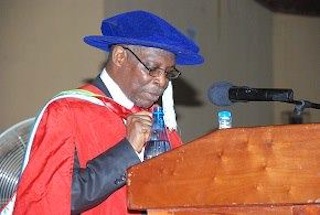 Olusoga Olusanya, the Deputy Vice-Chancellor of the Tai Solarin University of Education, Ijegun, Ijebu-Ode, Ogun, was released on Wednesday by his kidnappers.

He was kidnapped by a four-man gang on Tuesday on the double bridge in Ososa, Odogbolu Local Government area of the state while returning from Abeokuta.

The Public Relations Officer of Ogun State Police Command,  Muyiwa Adejobi, confirmed the release to the News Agency of Nigeria in Abeokuta.

He said the deputy vice-chancellor had been released by the kidnappers.

Adejobi said Olusanya’s release was made possible by the frantic efforts of the combined team of police and men of the Department of the State Security Service, and that he had been re-united with his family.