Elikem & Pokello battle on Social Media! Reveal they Broke Up because of His Former 4 Year Affair with a Married Woman...

Sigh, what a Scandalous Sunday! 🙁

While some folks were sleeping in, or getting ready for church, former Big Brother housemate, Ghanaian Elikem was airing his dirty laundry on Twitter, in response to what his former fiancee, Zimbabwean Pokello posted last night.

A little back story – Elikem and Pokello were both on the reality show Big Brother Africa. According to Elikem, they now have broken up because of a messy affair. 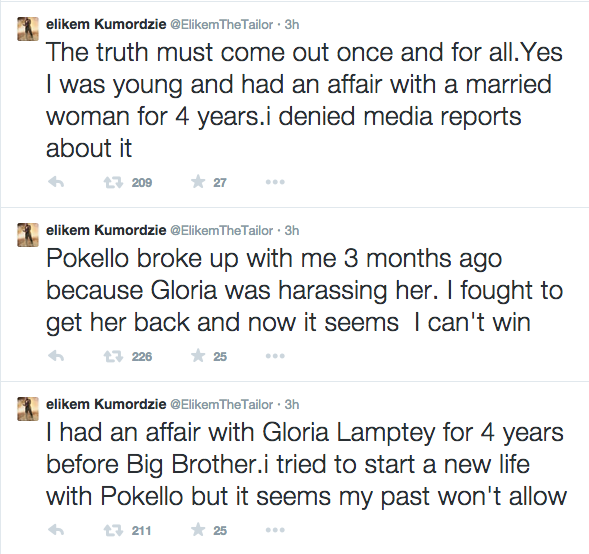 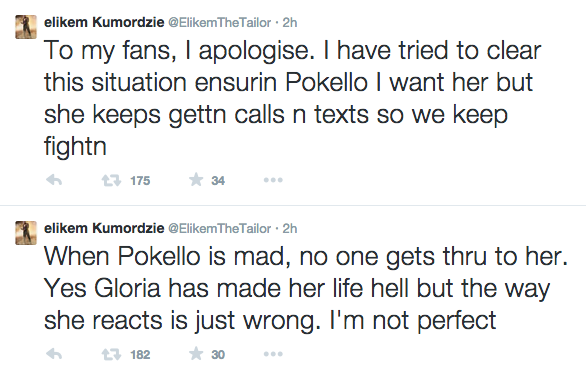 It all started with this tweet, where the aggrieved ex-fiancee posted Elikem’s former lover’s number,

But now fans are responding, Pokello’s response on Twitter has been relatively understated. She simply retweeted these pensive tweets on the issue,

A lot of fans have been expressing their disapproval, and Elikem has been retweeting their views… How about you? Are you sad Polikem is over… well, for now?

This is a sad case of the past coming to haunt one’s present … and happiness.

Oh Snap! Nick Cannon Fails Lie Detector Test after Being Asked If He and Amber Rose Are ‘Adult Wrestling’