A UK-based woman who was a Jehovah’s Witness, died shortly after child birth after refusing a blood transfusion for religious reasons. This choice may have contributed to her death.

Adeline, 40, and her husband, Kweku Keh, had been seeking a child for many years, London Evening Standard, reports. Adeline had endured years of failed fertility treatments, until finally; she was able to conceive naturally.

However, she became severely ill shortly after giving birth to her son, Mawsi, through caesarean section at Homerton Hospital.  She was diagnosed with  acute respiratory distress syndrome and was transferred to heart and lung specialist hospital, Papworth. 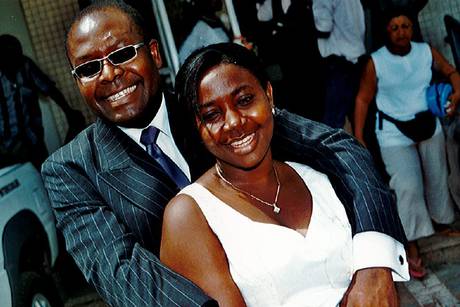 Adeline informed doctors not to give her any blood products during the course of treatment, due to her religious beliefs. Honouring her request, she was put on a machine to re-oxygenate her blood. However, the process could not be conducted effectively without a blood transfusion.

An inquest conducted last month revealed that she died on October 19th last year due to a combination of “ARDS, sepsis, an infection in the caesarean wound and “refusal of transfusion on religious grounds.”

“Each time I went to pick her up from the hospital, I was told that she could not come home. Eventually my wife lost her fight and passed away and we never got to come home as a family.”