WIN Tickets to the World Premiere of "A Place in the Stars" Now! 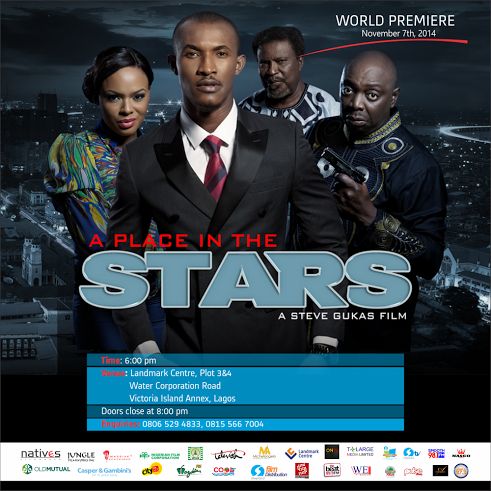 The much-anticipated feature film, “A Place in the Stars” premieres this Friday 7th November 2014!

Directed by the renowned film maker, Steve Gukas, “A Place in the Stars” is a riveting story of illicit drug trafficking, violence, turf wars and conscientious dilemmas. The movie is an account of one man’s choice between conscience and the pull to get rich or die trying.

The grand event will hold at the Landmark Centre, Victoria Island, Lagos and will feature live music performance by music maestro and multi-instrumentalist, Jeremiah Gyang, and the crème de le crème of the entertainment, corporate, media and movie industries.

To win tickets to the premiere, simply answer this question:

– In the movie trailer, there was a conversation between a father and his two children. Who played the role of the father?

Send your answers to [email protected]

It’s a Celebration! Dress for the Occassion with Ndani TV’s “Style Guide” | Watch