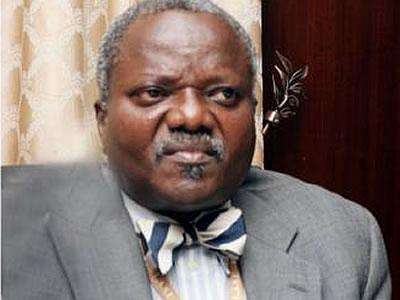 He said it was an aberration to the laws setting up a university for it to be headed by a personality without a PhD certificate.

“The vice-chancellor could not run LASU as he ought to, because he lacks the capability to do so,” the ASUU official said.

In his reaction, Prof. Obafunwa described the allegation of his non-possession of a PhD as “ignorance at its height’’.

Obafunwa said if anyone was questioning his education as to the PhD/Fellowship issue, that person should contact the National Universities Commission (NUC).

The LASU vice-chancellor said the claim of the union was another demonstration of ignorance that requires no comments, stressing:”I need not enter into political discourse,” he said.

I Left PDP Because Nobody Listened to my Petition – Labaran Maku