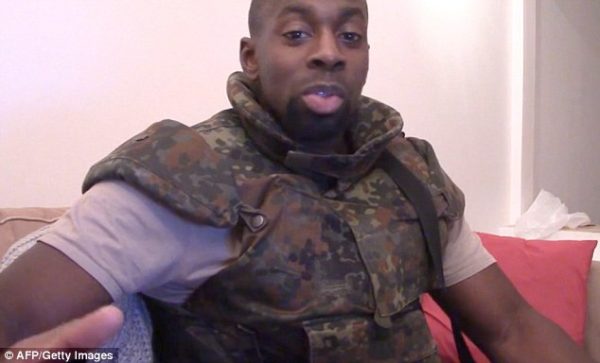 “Hayat Boumeddiene, wife of Amedy Coulibaly, who killed four hostages at a supermarket in Paris on Friday, arrived in Turkey from Madrid on Jan. 2 before leaving to Syria on Jan. 8.

“She stayed at a hotel in Kadikoy district in Turkey’s largest city of Istanbul,’’ Cavusoglu said, stressing that Ankara notified Paris even before French authorities asked for information.

The terror attacks started in Paris on Wednesday when gunmen raided the offices of satirical magazine Charlie Hebdo, killing 12 people.

In a coordinated operation on Friday, French security forces stormed a warehouse in Paris, killing the two brothers, suspected of carrying out Wednesday’s deadly attacks on the French.

Minutes later, in eastern Paris, police burst into the Jewish supermarket in the Vincennas district where Coulibaly, who is linked to the Kouachi brothers, had killed four people and taken others as hostages.

Police succeeded in rescuing 15 hostages held by Coulibaly, who was killed in the raid.