We Will Not Indulge in Cheap Campaign Propaganda - PDP 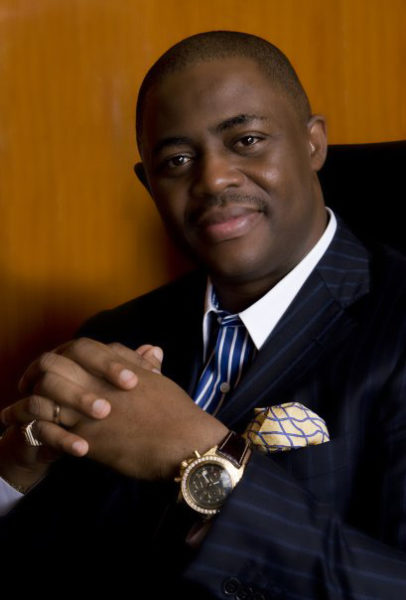 The Peoples Democratic Party (PDP) on Wednesday said it would not indulge in cheap campaign propaganda ahead of the February general elections.

The Director-General of the party’s Presidential Campaign Organisation, Femi Fani-Kayode, said this at a news conference in Abuja.

Kayode, a former Minister of Aviation, re-emphasised that the party would rather base its campaign on ideas and issues.

He said that ideas and issues were important to Nigerians, while showcasing its verifiable achievements across the country to the electorate.

He said that the party, in the course of its electioneering, would raise fundamental questions on the personalities of party flag bearers, especially that of the opposition APC.

Such questions, he said, would bother around past records and recent utterances of Gen. Muhammad Buhari, the Presidential Candidate of the APC, and what some of the utterances portended for Nigerians.

Fani-Kayode said that though issues of security and national development were crucial to political campaigns, the personalities of party candidates were equally important.

This, he said, was critical to enable the electorate to have a better choice of who to vote for at the elections.

“It is also important for the peace and well-being of the people.

“More importantly, we shall let the world know about the sterling performance of our candidate, President Goodluck Jonathan, over the last four years.

“We shall make a strong case and appeal to the Nigerian people to grant him the privilege and opportunity to serve a second term,’’ he said.

He said that the forthcoming election was a battle for the sole and destiny of the country, saying that “ it is a struggle between light and darkness.

“The campaign of change of the APC has nothing to offer Nigerians; its presidential candidate could not be trusted with power.

“The fact that the APC opposed the proscription of the Boko Haram sect by the Federal Government should raise questions.

“No doubt, President Jonathan has done well in transforming all sectors of the country`s economy and deserves to be re-elected.

He described President Jonathan as the most accommodating and credible candidate to govern the country.

The former minister said that “in spite of acts of insurgency in the North-East, the PDP-led Federal Government had done a lot to contain the situation”.

He dismissed allegations of corruption against the Federal Government by members of the opposition, adding that it was working within the confines of due process.

He maintained that the Federal Government was doing everything possible to address the issues of corruption in the country, contrary to views of the opposition.

“We are doing our very best to fight corruption and to ensure that Boko Haram is brought to an end in the country.

“This government is not ashamed and has absolutely nothing to hide, when it comes to managing the nation’s resources.

“They need to tidy up their affairs before pointing accusing fingers at the president and the PDP as a party,’’ he said.

He said it was necessary for Nigerians to join forces with the Federal Government to fight acts of insurgency in the country and the North-East particularly.

He faulted the allegation of corruption charges against him during his tenure as aviation minister, saying that: “I am clean enough to represent and speak for the President.’’

He said there was so much achievement to showcase to Nigerians in the course of the campaign.

The former minister expressed optimism that the PDP would win the minds of Nigerians to give President Jonathan and other PDP candidates their votes at the elections.