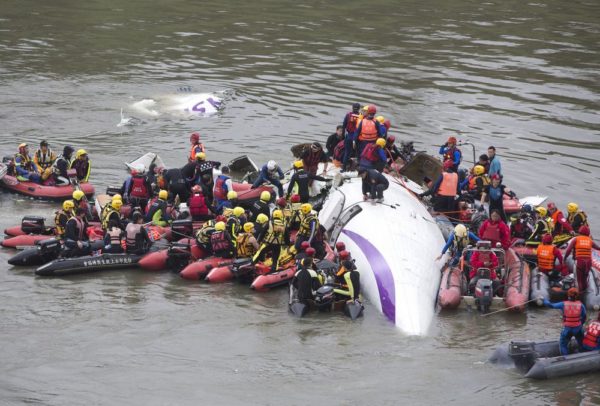 A Trans-Asia Airways plane with 58 passengers and crew on board, on Wednesday plunged into a river shortly after taking off from a downtown Taipei airport, killing at least 23 people and leaving about a dozen missing.

The crash occurred after the plane lurched between buildings, clipped an overpass with its port-side wing and crashed upside down in the shallow river.

“We are on the site, we are still doing our best to rescue people and rescuers were trying to lift the front part of the wreckage with cranes,” he said.

Chen, a volunteer rescuer said the dramatic pictures taken by a motorist and posted on Twitter showed the plane cartwheeling over the motorway, soon after it took off in apparently clear weather.

“I’ve never seen anything like this it is unprecedented, in a series of disasters to hit Asian carriers in the past 12 months,’’ he said.

Survivors wearing life jackets wading and swimming clear of wreckage, others, including a young child, were taken to shore by rescuers,’’ he added. 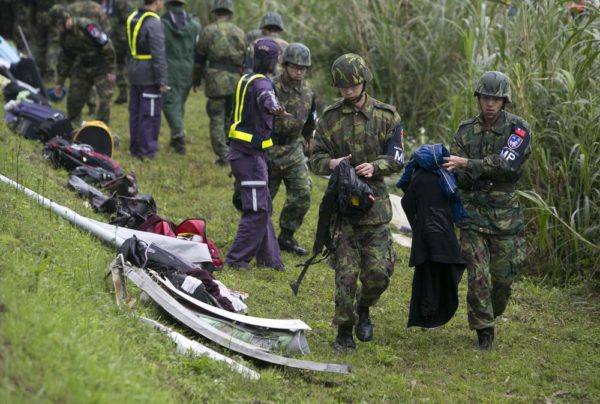 The air traffic control said the last communication from one of the aircraft’s pilots was “Mayday Mayday engine flame out.”

Meanwhile, a statement from China’s Taiwan Affairs Office said 31 of those on board were tourists from the southeastern city of Xiamen, which lies close to Taiwan’s Kinmen island.

The crash is the latest in a string of mishaps to hit Asian carriers in the past 12 months.

An Air Asia jet bound for Singapore crashed soon after taking off from the Indonesian city of Surabaya on December 28th 2014, killing all 162 people on board.

Also last year, a Malaysia Airlines jet disappeared and one of its sister planes was downed over Ukraine with a combined loss of 537 lives.