American Man Sends Over $100,000 to Wife in Nigeria He has Never Met 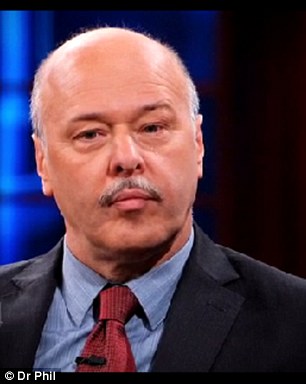 The man, Steven, met the woman named “Kelly” online, and according to him, they got married legally in Nigeria Daily Mail reports. However, they have never met in person, and they mostly communicate online.

Kelly told Steve that her parents had died in a car accident in Ohio in 2012, and that she was to inherit $25.6 million from her dead parents. And so, Steve is assisting her financially until she gets her inheritance.

According to reports, he sells his plasma (a yellowish liquid that has to be separated from blood) twice a week in order to send money to his beloved wife in Nigeria.

Kelly is said to be currently living with James, her attorney.

Steve, an accountant was recently featured on the talk show, Dr. Phil, where he revealed his rationale for sending money to a woman he has never met.

“I’ve not met Kelly, but it doesn’t matter. I love her just the same. She has an inheritance coming, and I’ve always wanted to be a millionaire, so it’s like a match made in heaven. I just love her. She is very beautiful and warm, kind, caring and loving,” he said.

He also stated that he had tried to meet his wife once before but things didn’t work out. Steve claimed that she had been in South Dakota at the time. However, when Dr. Phil’s team analyzed the e-mail correspondence that was exchanged between the couple during that period, it was discovered that the IP address was from Nigeria.

During the course of the show, it was also revealed that Kelly is not the only one he sends money to. He revealed that he has several pending “inheritance deals” with clients from all over the world, and that he expects that those deals will make him a big millionaire soon.

Steve’s sister, Tammy, is worried about him, and has advised that he discontinue his relationship with Kelly.

“My brother is delusional. Kelly could be a Nigerian man behind a computer.”

Here is a short clip from the show. Watch what happens when Dr. Phil gives Kelly a telephone call: