Is it Black & Blue or White & Gold? This Dress has Got EVERYONE Talking on Social Media! 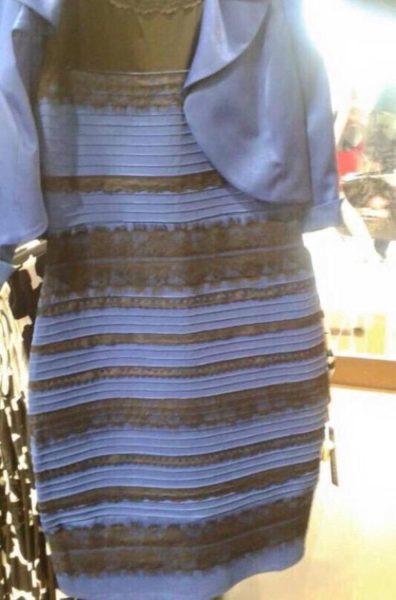 When social media gets on a trend it goes hard.

Over the past few hours everyone on Twitter, Instagram, Tumblr, Facebook and more social media sites have been talking non-stop about the colour of this dress.

People are debating about whether its is black and blue or if it is white and gold. 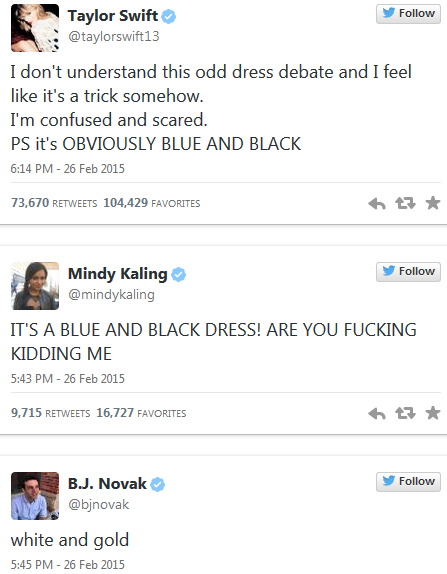 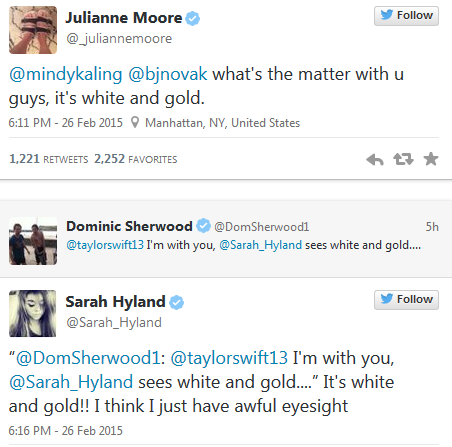 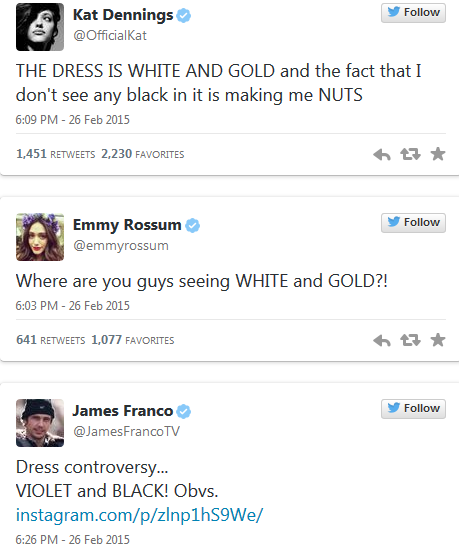 And for everyone asking I see blue and black

Straight up y’all…… I found out how to see blue and black instead of white and gold and now I can’t see anything but blue and black.

Very confused like the rest of the world, it looks white and gold and a few mins later black and blue? #dressgate pic.twitter.com/O3f1TBhEiV

Major news sources like CNN, Fox, Dailymail have also joined in the debate.

BNers – for us we see a white and gold dress, but blue and black as well.

Here’s a trick … if you’re on your desktop and you see white and gold, gradually tilt your screen backward and you’ll see black and blue.

…what do you see?