Want to Know What President Obama Does When He’s Alone? Watch this Hilarious Video 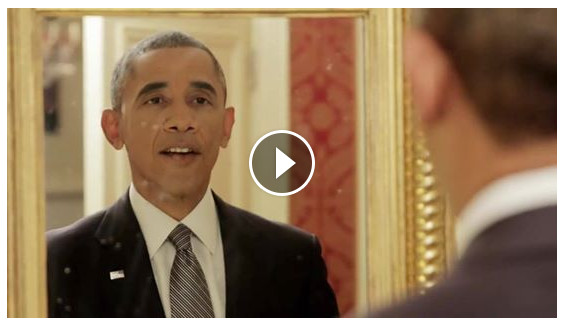 This video is one that we just had to share.

Did you ever think you’d see the President of the United States of America making funny faces in the mirror, saying “thanks Obama” when his cookie doesn’t fit in his milk glass, and doodles pictures of his wife, Michelle Obama?

Neither did we. Lol!

In this video where Buzzfeed teams up with President Barack Obama, the 53-year-old President showed what he does when no one is around to watch him and when he’s caught by one of his staff members he goes ‘Can I Live?’.

The video was produced to promote HealthCare.gov.

Watch the funny video below!

Order Flowers that Say All You Want Perfectly…Then Have them Delivered for Valentine’s Day by Jasmine Rose!