#BoycottDolceGabbana is trending and here’s why!

Elton John is making the headlines for urging his fans to boycott fashion brand Dolce & Gabbana.

Because Domenico Dolce and Stefano Gabbana co-founders of the brand, called children conceived by IVF – in-vitro fertilisation, ‘chemical’ and ‘synthetic’ in an interview with an Italian magazine, Panorama.

“We oppose gay adoptions,” said the pair, “The only family is the traditional one.

“No chemical offsprings and rented uterus: life has a natural flow, there are things that should not be changed.”

D&G seems to be a proponent of ‘traditional’ families, despite the two co-founders being gay. The pair – Dolce and Gabbana, were also a couple for 23 years, until 2005.

In line with their views, the theme of their latest fashion show was motherhood, where models walked the runway pregnant and with kids. Click here if you missed it!

The interview caused a lot of outrage and calls for boycotts from gay rights activists. Elton added his voice to the cause, and took it personally, as him and his husband David Furnish have two children via IVF. 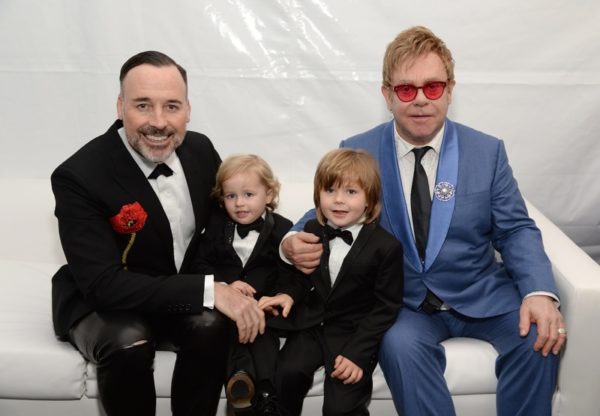 How dare you refer to my beautiful children as “synthetic”. And shame on you for wagging your judgemental little fingers at IVF – a miracle that has allowed legions of loving people, both straight and gay, to fulfil their dream of having children. Your archaic thinking is out of step with the times, just like your fashions. I shall never wear Dolce and Gabbana ever again. #BoycottDolceGabbana” 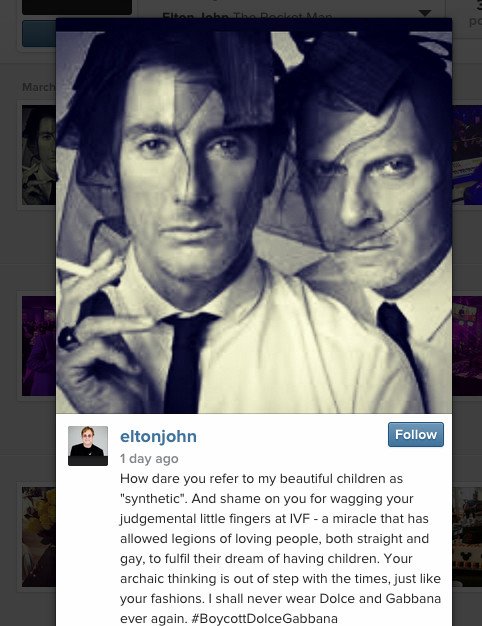 The design duo have now responded to Elton, with Dolce saying although his family is traditional, he understands ‘different ones’

Dolce added, “I was talking about my personal view, without judging other people’s choices and decisions.”

Gabbana said, “We talked about our way of seeing reality, but it was never our intention to judge other people’s choices. We do believe in freedom and love.”

After the measured response, Gabbana seems to have more thoughts on the issue, saying that because he has different views, it doesn’t mean he is intolerant of others.

Davido Says Other Girls are ‘Zero Competition’ for His New Girl!