Nicole the Fertile Chick: Team 1 or No Tubers 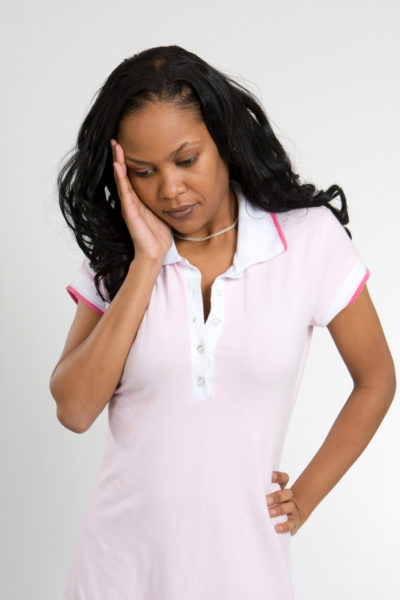 “Everything looks fine, but there is a partial blockage of the left tube” was the verdict after my first hysteroscopy, five months into my marriage. Everything the doctor said after delivering this bombshell flew right over my head. One of my worst nightmares had just become reality. I had a blocked tube. It didn’t matter that the doctor said it was just a partial blockage. That it was blocked at all was bad enough for me. Less than a year later, I had a combined hysteroscopy and laparoscopy in a much better hospital. This time the verdict was worse; “Significant uterine adhesions, and full blockage of the left fallopian tube”. Most of the adhesions were cleared during the procedure, but there was nothing done about the blockage. I was devastated, and tearfully asked my doctor what we could do to unblock my tube. He brushed off any suggestion to try any surgical means to do this, assuring me that I could very well conceive with just one tube.

I spent many-a-day-and-night wondering about the possible root cause of my tubal blockage. Whilst it was easy to blame the adhesions arising from the myomectomy (fibroid removal surgery) I had had the year before, I wondered if it had perhaps been the fibroids themselves. I also had cause to cast my mind back on the yeast infections I had had in my younger days, and wondered if they were to blame. The truth is any of these could have been responsible, except the yeast infections, which do not, on their own, cause tubal blockage. I read about Pelvic Inflammatory Disease (PID) being the number one cause of tubal blockage, and obsessed about whether I had ever had this silent fertility assassin, responsible for about 100,000 cases of female infertility per year. I had never had an STD before, and wondered if I could safely rule out PID, considering it is almost always the direct result of such STDs as gonorrhea or chlamydia. But I later read that there were other ways this dreaded infection could be contracted, one of which was my previous abdominal surgery. In the end, I realized that looking back would only drive me crazy, without getting any results. It was time to look forward.

After internalizing it for a few weeks, I proceeded to share the news with some of my close friends, and I was shocked to hear that 2 of them had been reproducing with just 1 tube, after having lost the other to ectopic pregnancies earlier in their marriages. One of them had just had her third baby, and the other was pregnant with her second. I was so relieved, I felt like I was walking on air. So that meant there was hope for me after all! My doctor placed me on various clomid and injectibles cycles, to encourage ovulation from both ovaries, thus increasing my conception chances from the 50% I was left with post tubal-blockage diagnosis, to something closer to 100%. Even though this didn’t work for me, it did work for some other members of a group I had joined on an online forum.

On a few occasions, I was tempted to explore options to unblock my tube. A close friend, and subsequently a colleague, both told me how their hitherto blocked tubes had been flushed open during routine HSG tests, and they had conceived shortly after. Apart from the 2 of them, I found so many other instances online, whereby women who had been trying to conceive for a long time, conceived the cycle after a HSG test. The rationale being that the injected dye helps flush out any debris that could be causing minor blockage. I ran this by my doctor, and he explained to me that for full blockage like mine, the HSG dye would not even pass through at all, so it would almost be of no use. I had to kill that idea. But I sometimes wonder.

On another occasion, I caught another colleague of mine researching some so-called solution from an online pop-up on her screen. The drug, in whatever format it was, was guaranteeing a full remedy for any form of tubal blockage. I tried to talk her out of purchasing this suspect item that we had limited information about, but her mind appeared made up, especially as the product had a lot of success testimonies from women the world over, including Nigeria. Her Mother must have been a praying woman, because not only did her card payment not go through, she couldn’t convince any of her siblings in the States to help with this dodgy purchase.

For women with bilateral tubal blockage (both tubes), the situation is a bit trickier, as their chances are slashed from 50% (for women with 1 functional tube), to pretty much zero. Clomid, and other ovarian stimulants, for a woman in this situation, are pretty much useless, as the eggs produced basically have no travel route. Surgical solutions for bilateral damage almost end up being a circular reference, as not only is there no guarantee that the blockage will be cleared, you now end up with the other fall-outs of abdominal surgery, such as adhesions, scar tissue, and even infection. With respect to non-surgical methods, I have come across quite a few online. Some are herbal, which, on the face of it, don’t sound too bad, especially as they involve such natural herbs as ginger root, hawthorn, peony root, wild yam root, etc., which, if they don’t do anything else, will at least contribute to your body’s overall wellbeing. Other methods refer to various types of massages and physical therapy. I do not personally know anyone who had their tubal blockage cleared through any of these alternative methods, but they must have worked for some people, to still remain in relevant discussion.

When my various clomid and injectibles cycles failed, my first plan was to try IUI, but in my consultation with my doctor, he explained that it would be a waste of money for me, especially with my already less than 50% standing (less than 50%, because of the other hormonal issues I had, in addition to the tubal blockage). For me, IUI would only be marginally better than sex. Using his words, in an 8-hurdle race, if sex only helps you scale 1 hurdle, IUI would only help me scale 3 at best. His recommendation was to either continue trying naturally, or scale at least 6 hurdles through IVF (pretty much a go big or go home scenario).

As IVF bypasses the tubes, it is one of the most proffered solutions for tubal damage. A dear friend I met on an online forum lost a tube in an ectopic pregnancy in 2010. A year later, she lost the other tube to another ectopic pregnancy. All of us on the forum were so devastated for her, and it seemed like the end of the world. She was a low-income earner and thought IVF was out of reach for her. Thank God for the NHS, through which she had her IVF cycle, and subsequently her gorgeous twin boys.

The bottom line is that whether you’re a Team One Tuber, or a Team No Tuber, there is hope for you. Having tubal issues is no longer equal to an infertility sentence. What is important is for you and your Ob/Gyn to assess your situation, and decide which of the various options would be best for you.

Good luck…and baby dust to all ☺