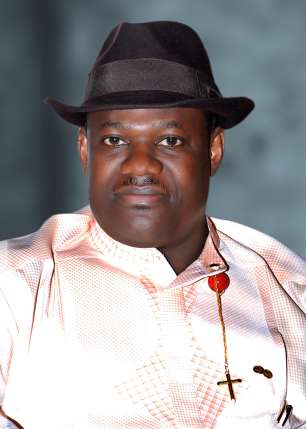 With barely a week left to the 2015 elections, the political landscape seems to be getting more intriguing and unpredictable.

And one of the current unpredictable incidents is that Rivers State deputy governor, Tele Ikuru, has reportedly decamped from APC to PDP.

According to Premium Times, Ikuru is one of Governor Rotimi Amaechi’s biggest allies, as a result, his defection was a surprise to many.

Reports state that Ikuru has been  Amechi’s deputy since 2007, and had been campaigning with APC alongside Amaechi until he declared his defection today.

Meet the Pregnant “Keke Napep” Rider & Entrepreneur Everyone is Talking About