Still Heartbroken! Karrueche Tran to Share Her Story on Chris Brown’s Baby Drama with Iyanla Vanzant on OWN Network 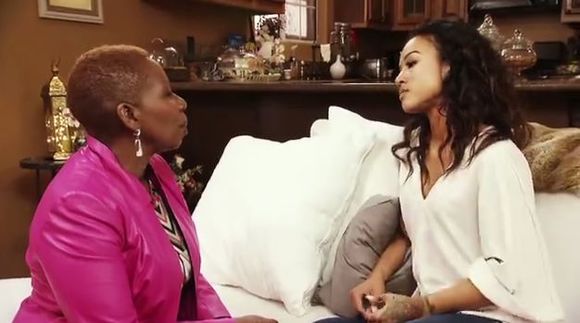 Chris Brown and his on-again-off-again girlfriend Karrueche Tran have been through a lot in the public eye in the last few weeks especially after it was revealed that Chris Brown has a daughter from another woman (click here if you missed it).

Now it looks like Karrueche is ready to tell her own side of the story exclusively to OWN Network’s Iyanla Vanzant.

In a teaser posted on the Networks’ Facebook page, Iyanla asks a tearful Karrueche ‘He betrayed you. He lied to you. He did it all publicly. How did you find out that he had a baby by another woman? Have you spoken to him?’

How Should You Handle Living with an Abusive Partner? Watch this Week’s Episode of ‘Ariyike Weekly’