Dubai is such a fun city to explore. I enjoyed every single moment I spent there. From swimming with dolphins at Atlantis, to seeing the world’s tallest building, Burj Khalifa, I had a blast! 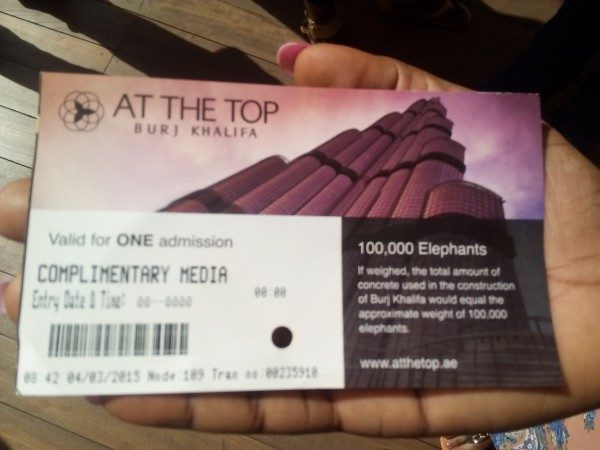 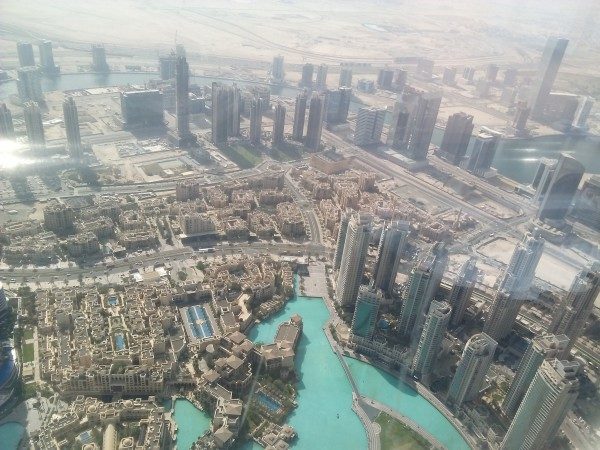 The view from the top was absolutely amazing 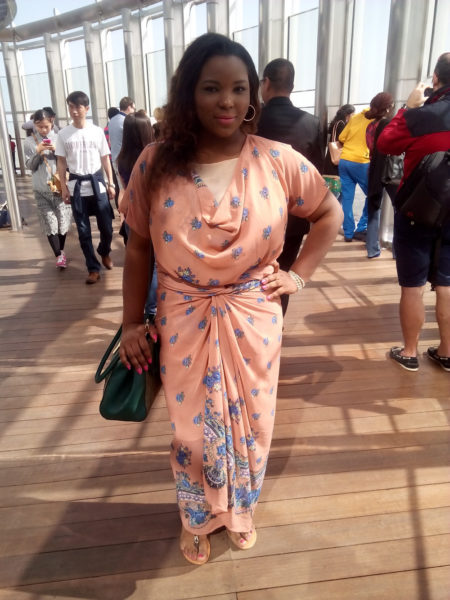 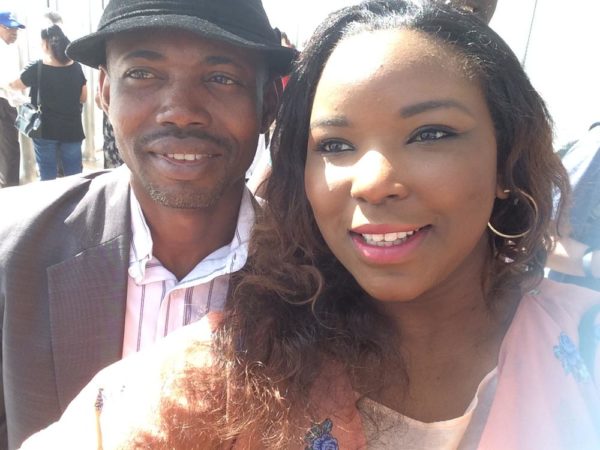 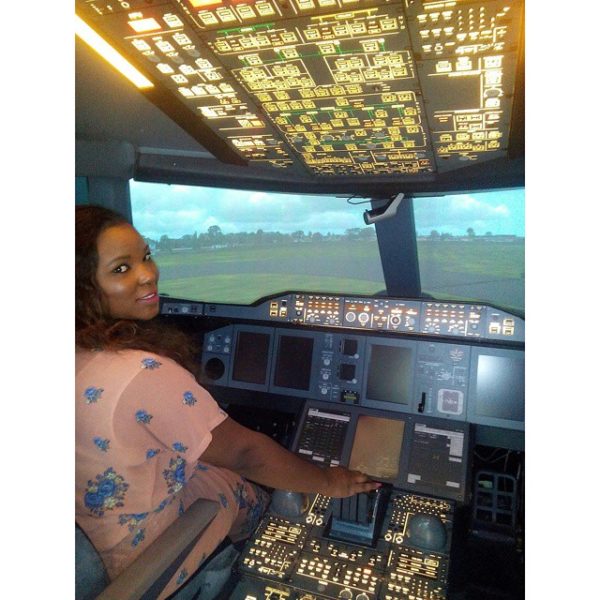 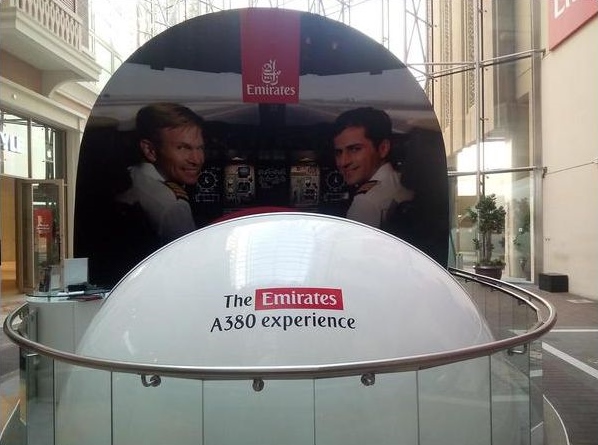 We got a chance to meet with Adil Al Ghaith, Emirates’ Senior Vice President – Commercial Operations for Northern and Western Africa.

We talked about the growth of Emirates’ operations in Nigerians and he gave us an in-depth insight into milestones achieved, and the airline’s future plans for expansion in Nigeria.

I was fascinated to find out that Emirates has flown 2.6 million passengers from Lagos to Dubai in the past 10 years! Also, Emirates has continued to increase the frequency and capacity of its services to meet growing demands between Lagos and Dubai. The airline now operates 14 flights per week between the two destinations.

After the meeting, they gave us some really awesome gifts! 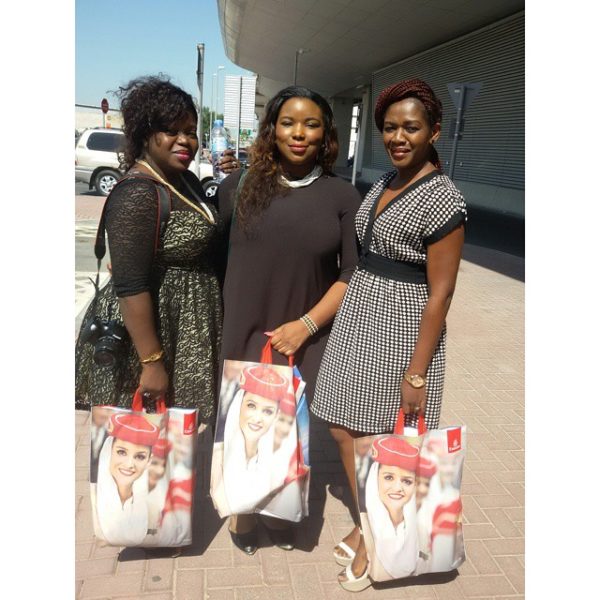 My top three favorite restaurants at One & Only Royal Mirage and Atlantis would have to be Nina, Ossiano, and Nasimi Beach.

Nina is a colourful Indo-European dining venue. We had dinner here once. Their Indian food was awesome. We ate until we could hardly move! 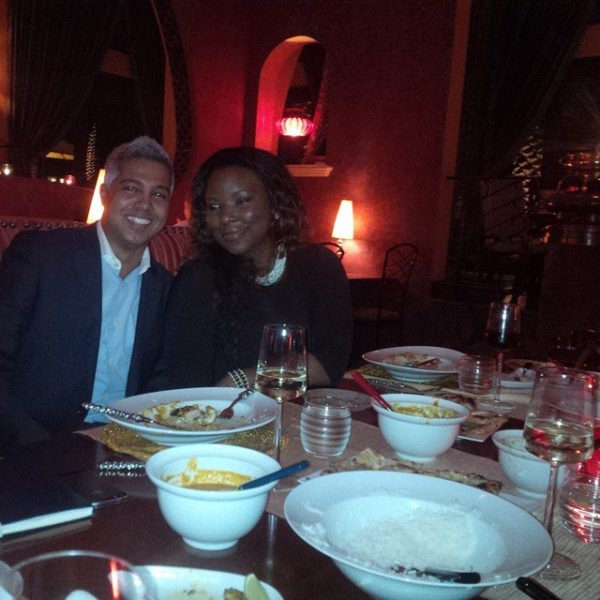 Here I am with Anthony Pollocks from the One & Only PR Team. You can tell the food must have been really good! Just look at big the smiles on our faces LOL

Ossiano is one of Dubai’s best seafood restaurants.  I really enjoyed having dinner here and eating while seeing the amazing view of the fish in their tanks, as they swam lazily back and forth the water. 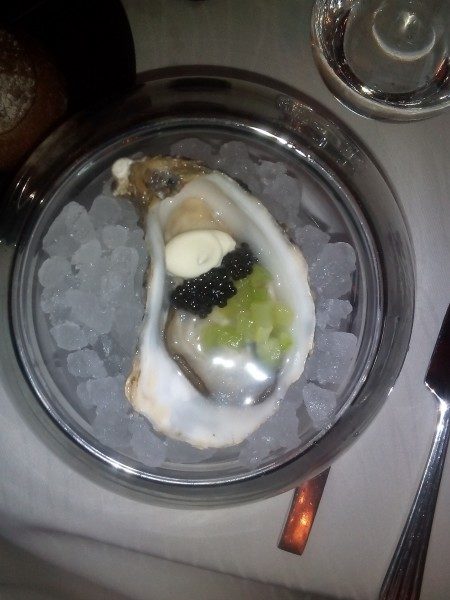 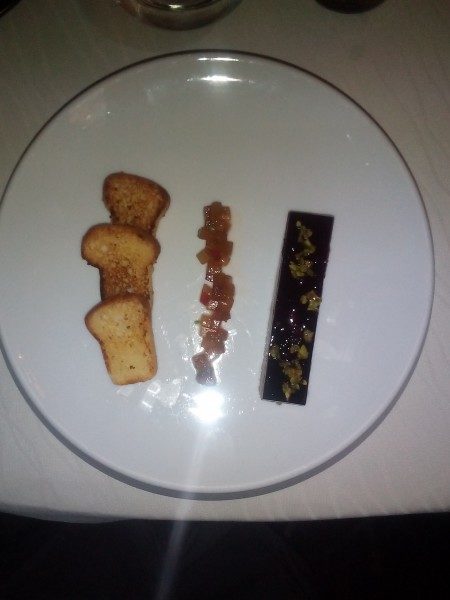 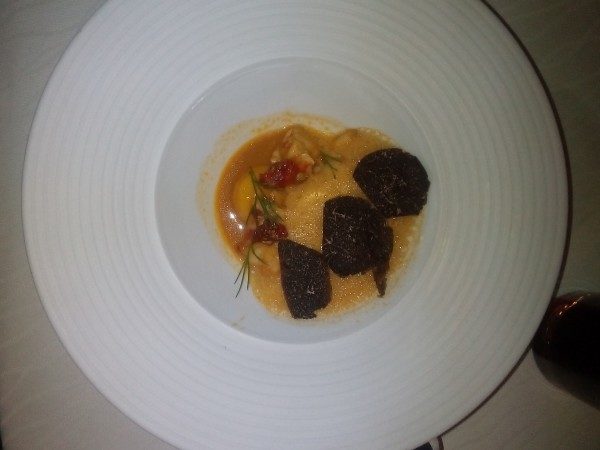 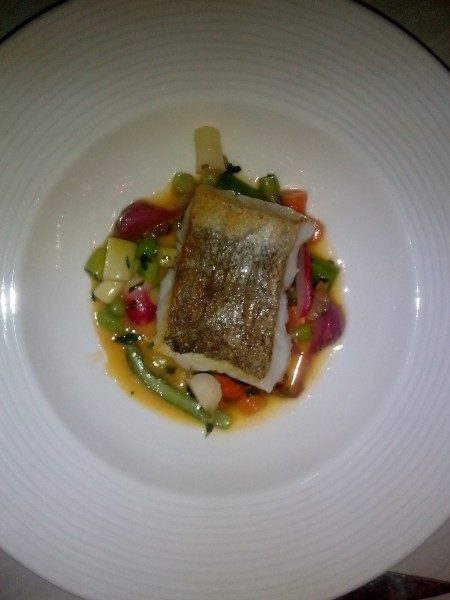 What could be better than eating good food at the beachfront while seeing the waves of the ocean dance around in the distance? The Nasimi Beach experience was simply glorious.

The sushi was out of this world! It is officially the best sushi I have ever had. 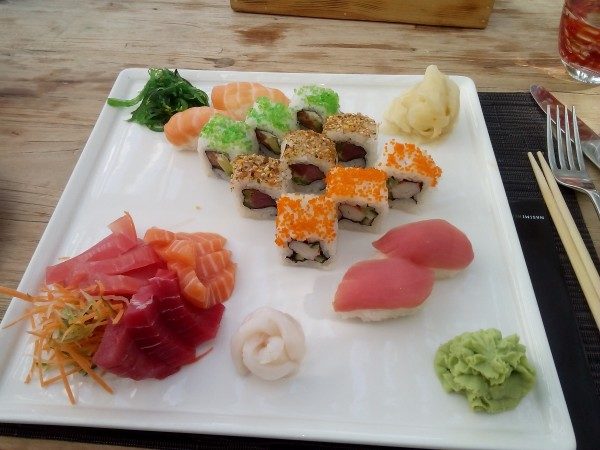 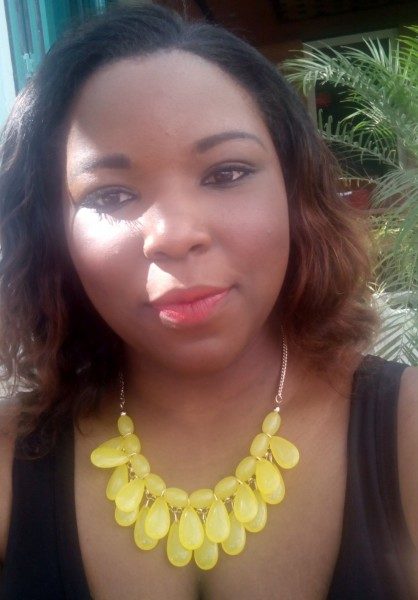 That smile on your face when you’ve just had the best sushi! 🙂 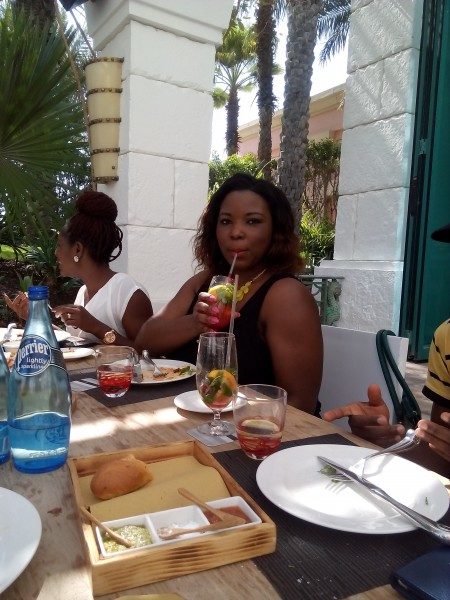 I had a pretty amazing mocktail. It was so refreshing! I forgot what its called though. 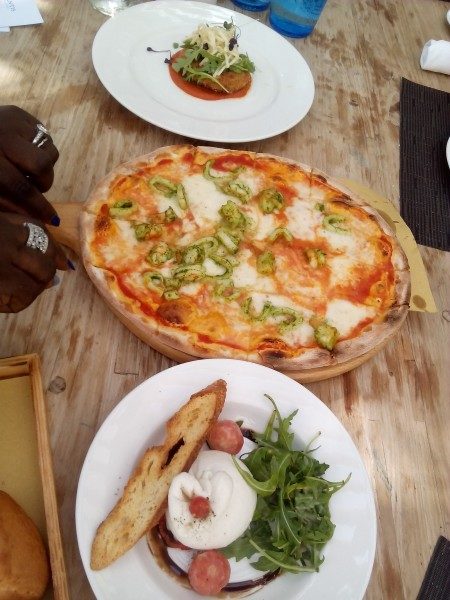 This tour was organized courtesy of Emirates. We had a blast in the desert! We got to do a bit of exploring, watched a belly dancer perform, and more. 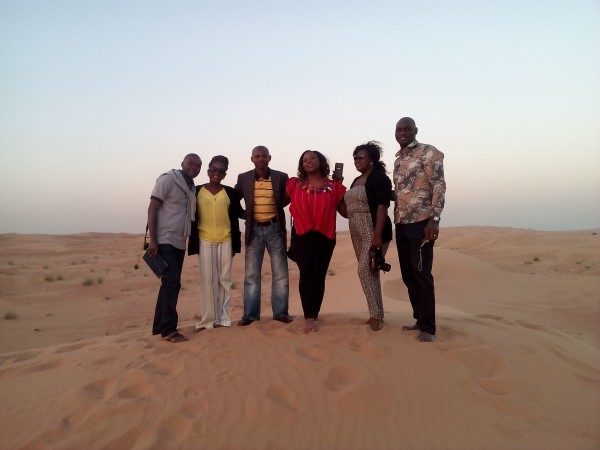 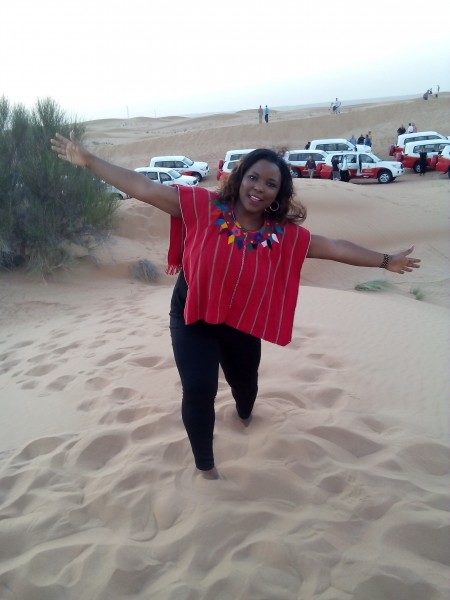 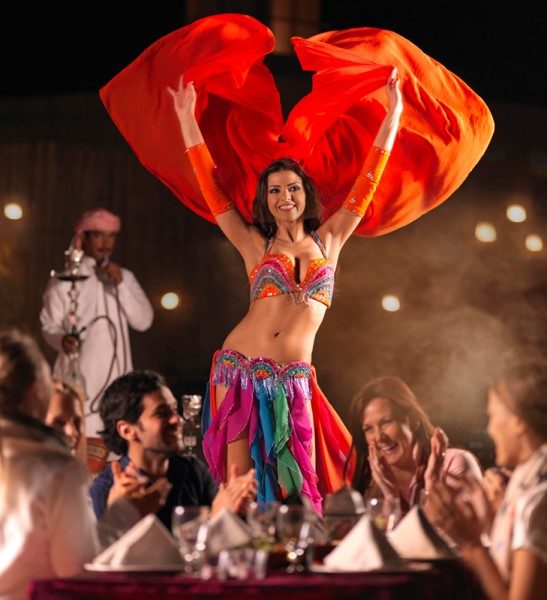 As we were strolling across the beach in Atlantis, we heard a man singing Yemi Alade‘s “Johnny”! He was a worker at Atlantis. We immediately summoned him to give us a personal rendition LOL. He was so adorable.

And now, saving the best for last….drumroll…. swimming with the dolphins at Dolphin Bay at Atlantis!

I was excited, yet kind of nervous. First of all, I can’t swim! Yeah I know I said I “swam” with dolphins, but the truth is I pretty much “waded in the water” with dolphins! Haha. The water wasn’t too deep, so I was able to wade with ease 🙂 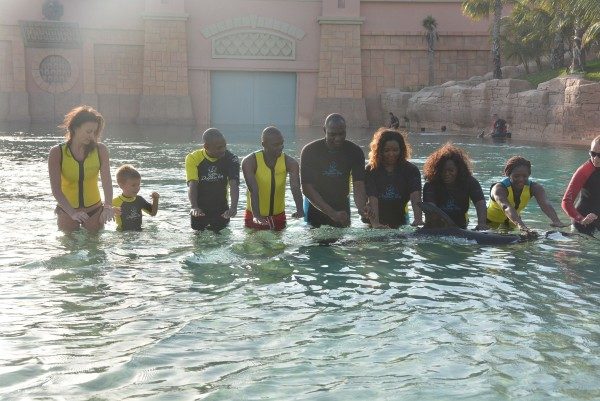 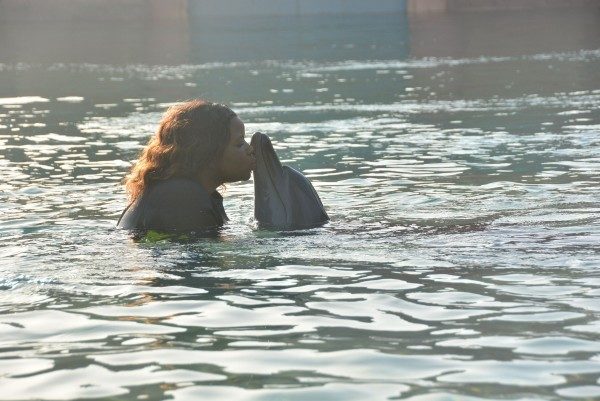 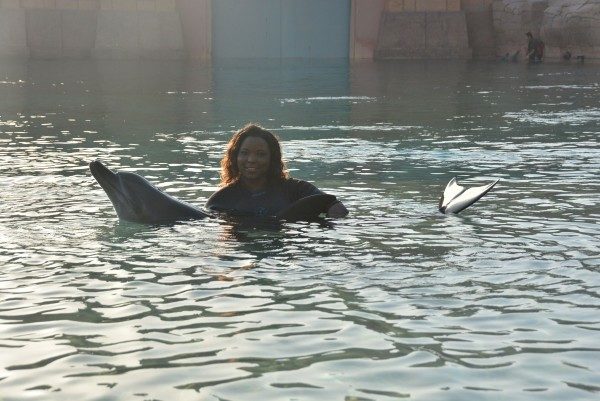 I had an unforgettable experience flying Emirates, and exploring One & Only Royal Mirage and Atlantis, the Palm.

Of course, I will definitely be back to these resorts. Perhaps I’ll come back with the boo… I’ve been dropping hints already 😉

Want to experience this for yourself? Then be sure to book your trip to Dubai via:

One & Only Royal Mirage