14 Migrants Killed in Macedonia as they Get Hit by Train 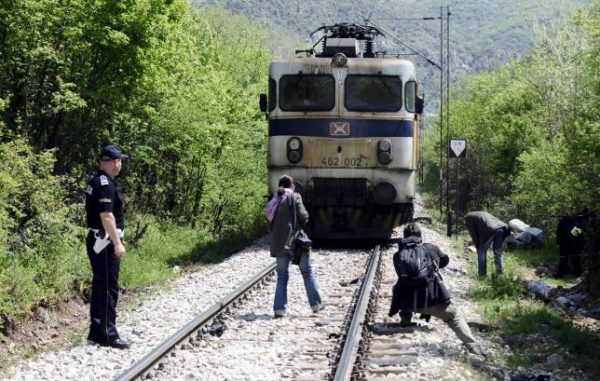 Media and police inspect at the scene where fourteen migrants were hit by a train, near Veles April 24, 2015. REUTERS/Ognen Teofilovski

A total of 14 migrants walking along the railway track in central Macedonia late on Thursday as they struggled to reach Western Europe were killed by the train.

He said the accident happened at around 10:30 PM near the central city of Veles, as all the rescue efforts were hampered by difficult terrain, with the site of the accident accessible only by foot or railway.

The prosecutor interviewed some survivors, and it was revealed that most of the group were from Somalia and Afghanistan.

He said most migrants fleeing war, poverty and repression in the Middle East and Africa are increasingly turning to the Balkans as a land route to Western Europe.

They said though the route was longer but deemed safer than trying by boat across the Mediterranean.