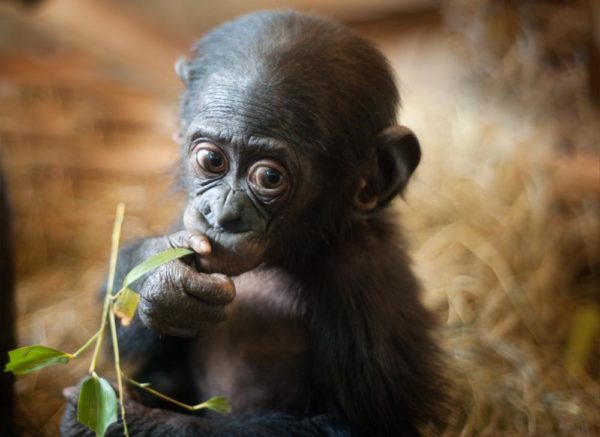 Three children who suffered serious injuries following an unexpected attack by a monkey in Illado, Ikorodu, Lagos, are receiving treatment at the Shallom Hospital in the area, the Police in Lagos said on Thursday.

The News Agency of Nigeria (NAN) reports that the children, attacked on Tuesday, are eight-year-old girl, Funmilayo Gbadegeshin, and her two siblings Roda and Emmanuel Alombo.

Eyewitnesses told NAN that the monkey is owned by one Mrs Daniel, popularly known as “Iya Ibeji’ who also resides in Illado also.

Babatunde Oyesola, one of the residents, who said he witnessed the incident, told NAN that the monkey left the owner’s house and went into the Gbadegeshin’s home.

It attacked Funmilayo right in the parents’ home as she just returned from school.

He added that after the she was rescued and was rushed to a nearby hospital the monkey moved to another house belonging to Alombo to attack Roda and Emmanuel.

The children had just returned from school also.

Oyesola said that neighbours on hearing the shout of the girl, felt she was being scolded by her older sister.

“The incident happened at about 4.30 p.m. when the children had just returned from school. I heard Funmilayo shouting and crying, so, I felt her sister was beating her for something she did, but when the cry did not stop, I decided to check what was happening myself. When I got there, I saw blood all over the place and saw a monkey jumping out from the window but because of what I saw, I had to save the girl first. We noticed that the vein on her right hand has been cut off and the blood was seriously rushing out of it,’’ he said.

Oyesola added that while Funmilayo was being attended to in the hospital, other children who were attacked by the monkey too were rushed in.

Another eyewitness, who pleaded anonymity, said the monkey had been attacking people in the area and that necessary precautions had not been taken by the owner.

The victim’s father, Mojeed Gbadegeshin, who was away when the incident occurred, said he was called from work that the monkey had attacked his daughter.

“When I got to the hospital, I met a crowd and I was asked to go inside and see the state the monkey left my daughter. Afterwards the owner of the monkey came without uttering a word of sympathy and she only left with the monkey,’’ he said.

Gbadegeshin said that a report was made by well-wishers in the area to Igbogbo Barracks Police Division.

The police were said to have arrested the monkey and its owner.

Confirming the arrest, the Lagos State Police Command’s spokesman, DSP Kenneth Nwosu, said the owner and the monkey were already in custody.

“One of the children was badly injured and the other two were mildly injured but they are currently being treated. Also, necessary precautions will be taken to check such attacks by animals reared by people in communities. Necessary tests will be carried out on the children to ensure that the monkey is a healthy animal and that the children are free from any form of disease,’’ he said.

Pakistan Court Sentences 10 to Life Imprisonment for Attack on Malala