4 Individuals Jog from Owerri to Orlu, Another Wears Makeup for the First Time to Celebrate Imo State Gov. Okorocha's Victory 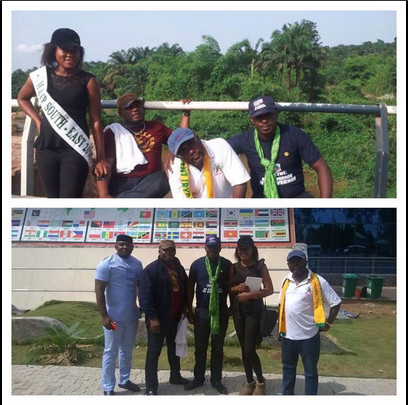 Several online sources are reporting that four individuals are said to have jogged from Owerri to Orlu in Imo State, to celebrate incumbent governor Rochas Okorocha‘s victory. Also, a woman reportedly wore makeup for the first time to celebrate the victory.

They jogged from Owerri to Orlu in celebration of Owelle’s victory. Rochas later invited them for lunch. #ImoDecides pic.twitter.com/72zqx7cbMm

Meet Chidera. She allowed make-up on her face for the first time in celebration of Rochas’ victory in #ImoDecides. pic.twitter.com/OjhyuWtRNX

Interesting! Who will be the next to do something special for their fave politicians? Stay tuned…