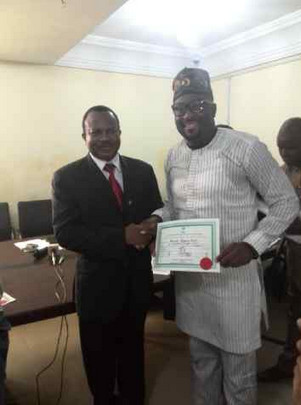 Nollywood actor, Desmond Elliot, has received his INEC Certificate of Return. You will recall that he won the Lagos State House of Assembly elections, and will be representing the people of Surulere constituency in the Assembly.

Your boy with the certificate of return..#Godwin #HumbledbyHismercy to Him be the glory, honour and adoration… pic.twitter.com/sd2qauNW3o

He also re-tweeted well wishes from a fan:

@deselliot Desmond, you are now operating on two pedestals as an entertainer and a policy maker. You were truly created to touch lives.