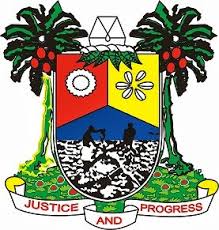 He said that the figure was higher than the N18.65billion recorded in 2013.

“The revenue performance, which is considerably more than the total revenue of 2013, was due to one-off transactions on the sale of land for industrial development.”

“It must, however, be emphasised that aside from the one-off transactions, the revenue from the new scheme being expected during the period under review, as well as the property re-certification project, could not be realised and thereby making it difficult for government to generate revenue from these sources,” he said.

Muri-Okunola said the revenue of the bureau would continue to improve the moment new schemes are brought on board.

The permanent secretary said the sum of N2,864,500,377 was paid out as compensation for the acquistion of land for development purposes in 2014.

According to the permanent secretary, N18,000,000 was paid for land acquired to construct Jubilee Estate in Odoragunshi, Epe.

He also said that owners of an agroland in Igbonla were paid N40,000,000 as compensation.

The permanent secretary also listed families who were paid a total of N334,480,000 in Okokomaiko as compensation.

Reeling out other figures, Muri-Okunola said no fewer than 1,767 Certificates of Occupancy were processed in the last one year out of the 2,802 applications received.

The permanent secretary said that six title revocations on land were carried out in the last one year, to pave way for development projects.

Muri-Okunola said the government was committed to improved land administration services and the bureau had been strengthened to achieve the goal.