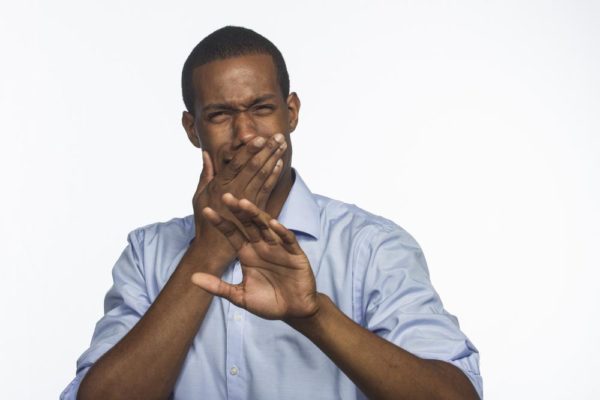 Regardless of how it is described, fart, gas, ‘mess’, pollute, flatulence is that rancid air that people release when the bacteria that reside in the human colon, digest or ferment food that has been absorbed by gastrointestinal (GI) tract before reaching the colon. I understand it smells that bad due to the presence of trace gas like skatole, indole and sulfur containing compounds.

I used to think that farting at others was a childish /adolescent prank that people in that age bracket rascally indulge in; until I came across a picture with a caption that says ‘if your partner has never farted in your presence, end the relationship because he/she may be hiding more dangerous secrets’.
That caption brought back some ugly memories of ‘friends’ who farted loudly and shamelessly during group study periods in the university. And they even proudly defend the act as ‘natural’ and ‘expected’, assailing our nostrils with such putrefaction.

Let us face it, when we release gas even in our privacy, we are sometimes shocked at what we perceive and wonder how such can come from any living person. Some people’s farts are so acrid; they are capable of inconveniencing even the dead. Why in the world should others be made to bear this burden? Aiming farts at people in my opinion is the height of insensitivity. If you looked closely at such perpetrators, they also take others for a ride in many other areas of life. And please everyone, I do realize that some wayward gas can accidentally escape one as ‘accidental discharge’; especially during the restful state of sleep, when nature and bodily organs are in alignment. However, when people discharge their gases indiscriminately at others without due regard to offending their sensibilities; that is simply taking an already bad joke too far. When it is done once, it could be deemed an accident. A second time may be pardoned as a coincidence. The third time however, is clear enemy action! As it is, even a dog knows the difference between being stumbled upon and being kicked at.

Some people are blessed or rather cursed with digestive systems that enable them recycle wastes in their body, so that they may not need to take a dump for a whole week. Please can anyone testify to the concentrated ammonia gas they release when they fart before others? Especially when their digested bean meal is in the mix? Those who get a kick out of expressing themselves through their lower orifice at the expense of others should pay attention: it is not funny! Those of us you afflict do not appreciate such stinking episodes. Please stop it. For the sake of having regard for one another and decency stop it. Even if you need to seek medical help, just in case you claim it’s uncontrollable, just stop it already!

Can anyone even imagine someone farting whether silently or with a bang during an interview or a business meeting with a boss; or on that first date during dinner? So why is it now done with certain deliberateness to those we claim we are closest to, be they friends, spouse or family members?

Farting at people is just cruel, degrading, indecent and inhuman treatment from the perpetrator. I may be wrong, but I have a feeling a Judge will indeed consider dissolving a marriage where the petitioner complains that the spouse relentlessly farts at him/her; causing a feeling of worthlessness, and generally resulting in psychological stress, emotional trauma, psychiatric damage and nervous shock!

Has anyone experienced that moment when a long distance flight lands, and everyone stands up at once thereby ensuring the walkway is clogged; only for some naughty passenger to release that silent gas into the now depressurized cabin that makes the saliva in your mouth sour? Apologies to those whom this piece offends with obnoxious imageries; believe me I am equally disgusted writing it.

A word of caution though, to whom it may concern: the next time your stomach rumbles and you have a sudden urge to release noxious substance into God’s green earth, I beg I beg I beg, park well and do it away from me. A word, it has been tirelessly said, is enough for the wise!

Tosin Akingboye: How to Keep a Woman