MUA Zainab Azeez got Proposed to at WED Expo! 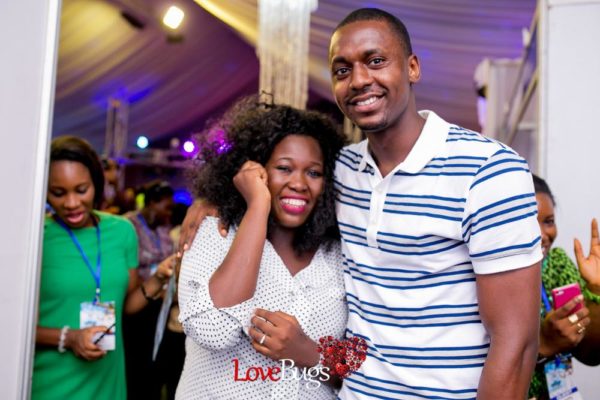 On Sunday April 26 2015, at Wed Expo 2015, makeup artist Zainab Azeez of ZA Makeovers (she’s done makeup for Eku Edewor, Damilola Adegbite and Sika Osei) got the surprise of her life!

Zainab was an exhibitor at WedExpo 2015 in Lagos and Damilola, her boyfriend, came to support her at her booth. He would later decide to propose to her in a memorable way that day!

Hear from the groom-to-be,

From groom-to-be, Damilola
Zainab and I have met through a colleague 5 months ago and everything just fell in place. Yes, it seems like a short period but the truth is when you meet that person (your soul mate) you just know. I really don’t know how to explain it but you just know and there’s really no point wandering around for what’s not lost and wasting time.

I have actually been in previous relationships of 3 years and more but this one has been very different.

I know she loves proposals and love stories but I had told her many times that I didn’t believe in them. Actually that was a trick as she just understood and never expected she would get one.

So we planned to check out wedding rings together on the island after the exhibition. When I came around, I discovered they were jewelers around and tricked her into window shopping for rings. She found the one she really liked but I told her I couldn’t afford it, and maybe we should check somewhere else.

When she returned to her stand, I quickly dashed out to use the ATM and went back to the jeweller, Rings et Al to buy the ring. But I didn’t know what to do as I had decided to pop the question later. 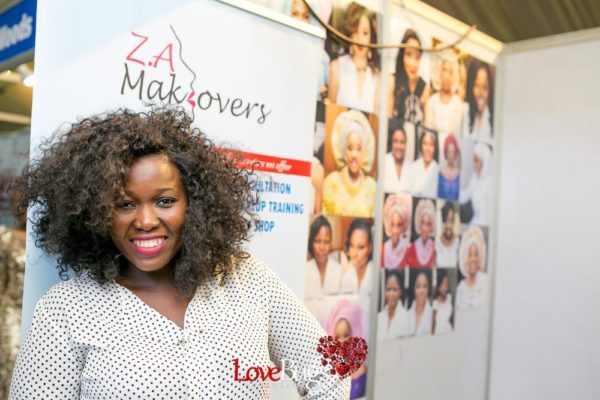 Coincidentally, I met a friend after I bought the ring who introduced me to a proposal planner exhibiting at the expo, LoveBugs Proposals. I told her I wanted to propose now at the expo and asked her to help plan it and all the rest is history.

The Proposal!
Zainab was invited to the exhibition ground in the guise that she would win N1 million Naira if she emerged a winner as ‘best posed picture’ while collaborating with co-exhibitors, Jide Odukoya Photography and 5D Imagery.

So we had her posing for photographs right in the middle of the exhibition floor at the admiration of a large audience. 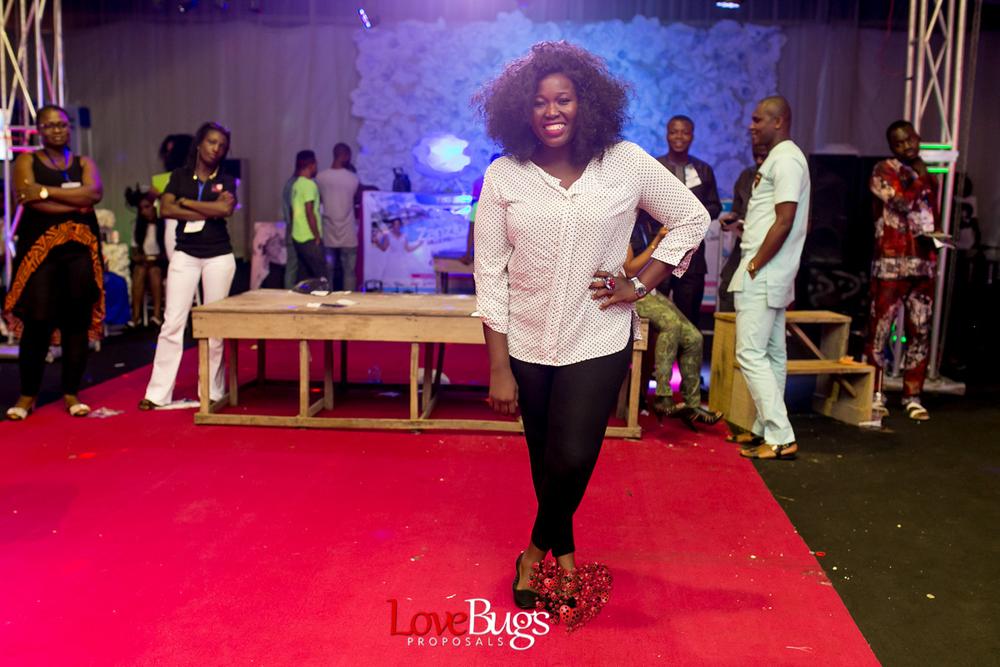 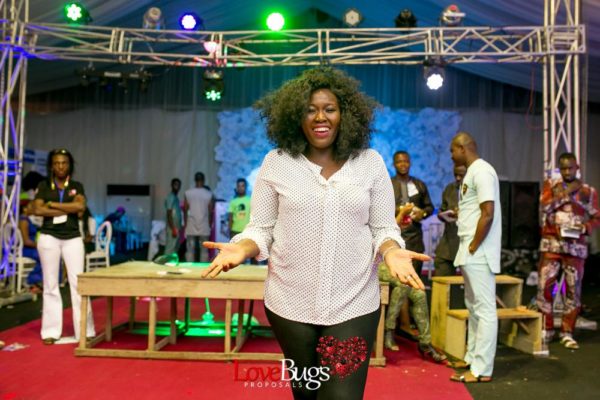 With Zainab flashing various poses, the music changed to ‘All of Me’ by John Legend and I stepped out from the crowd towards her with a rose (which actually was a ring holder) and on bended knees, flipped the rose opened to reveal a ring and proposed. 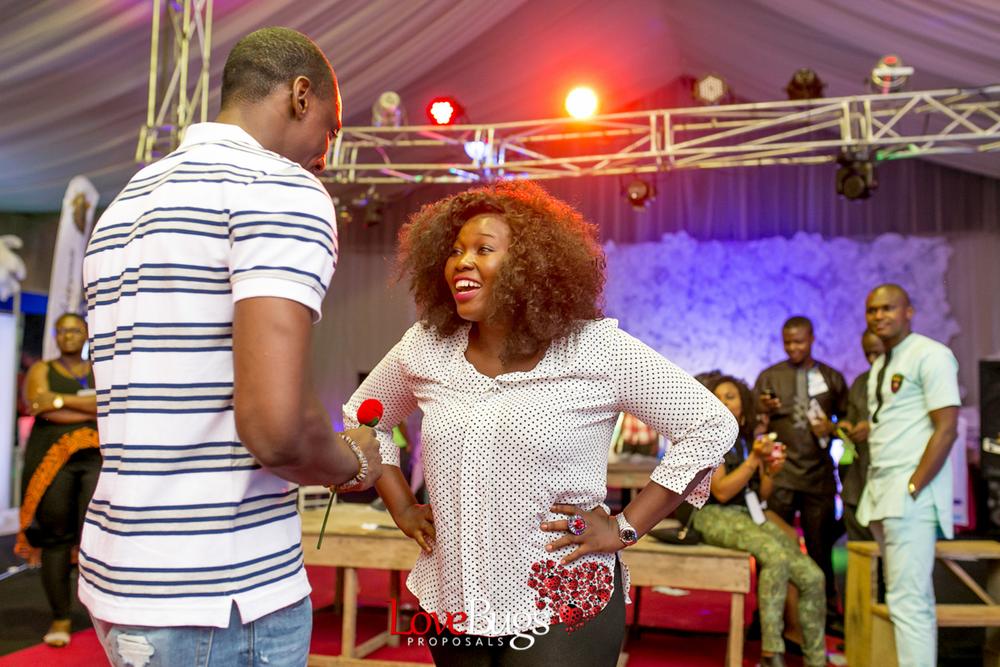 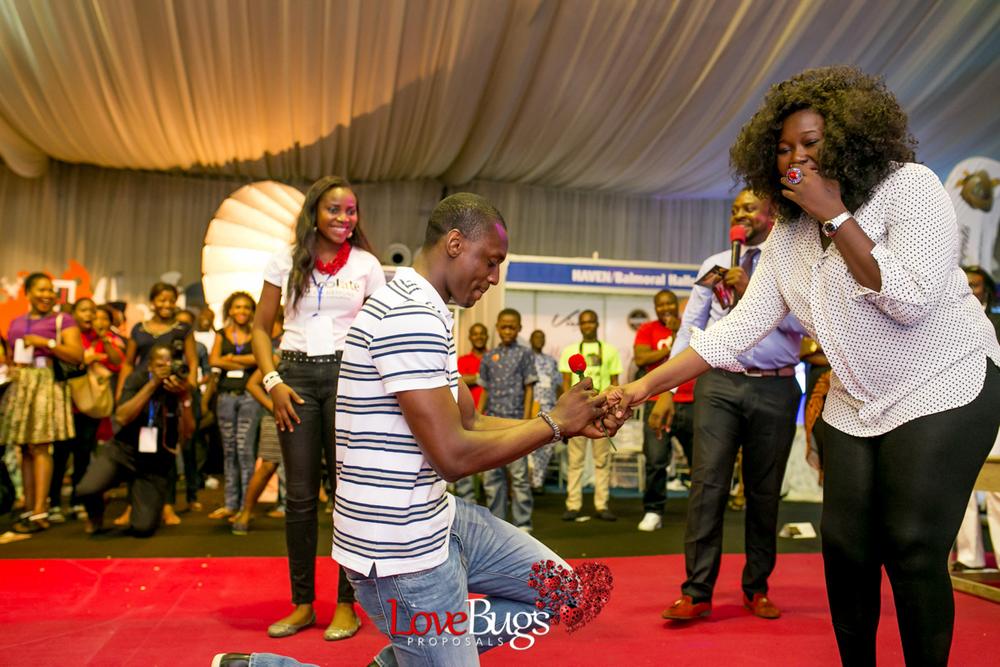 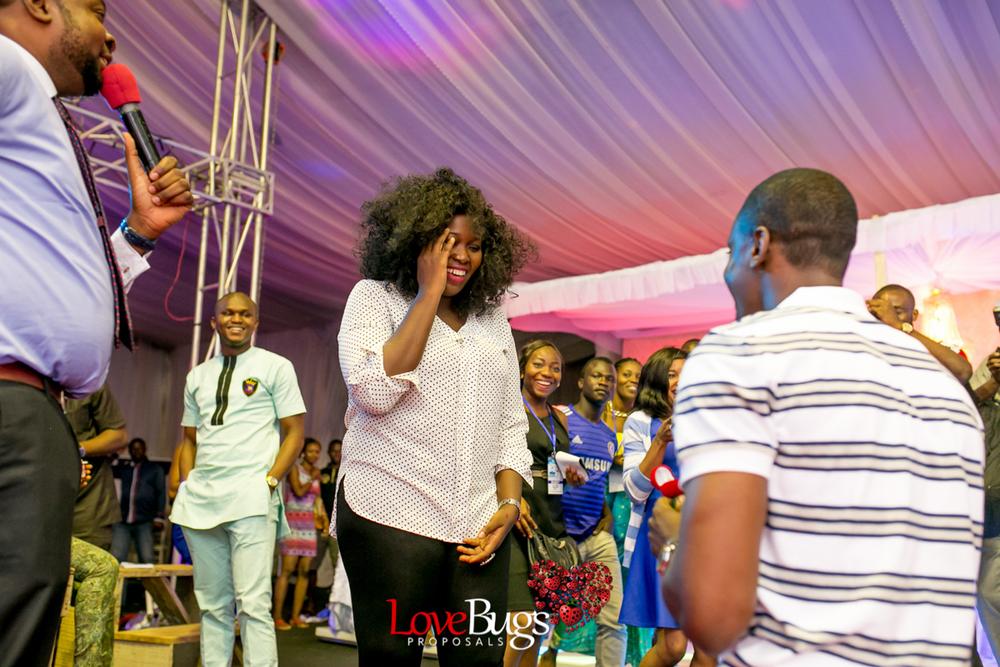 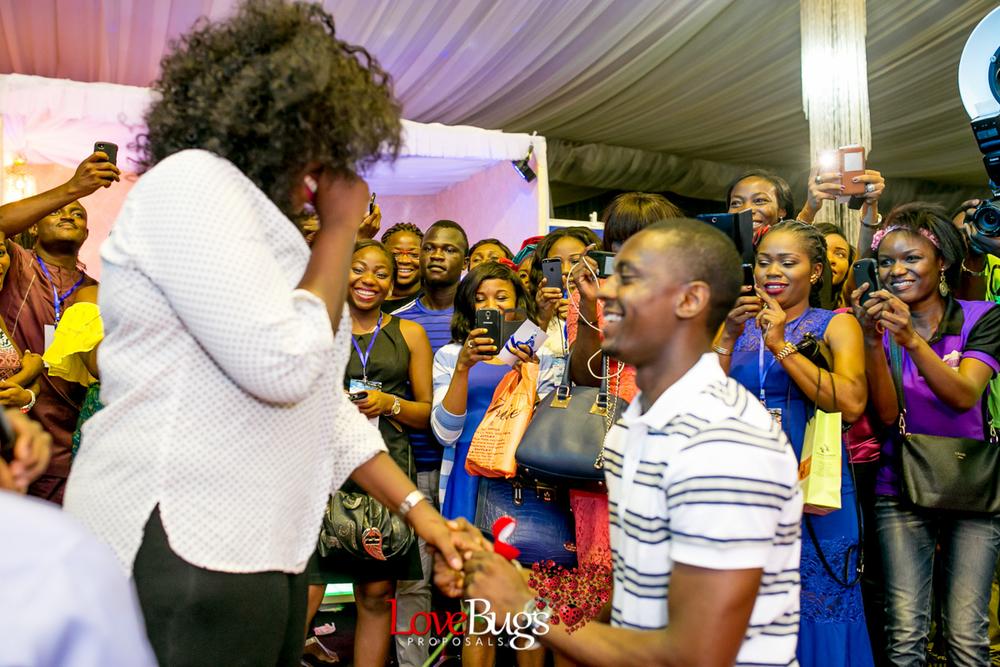 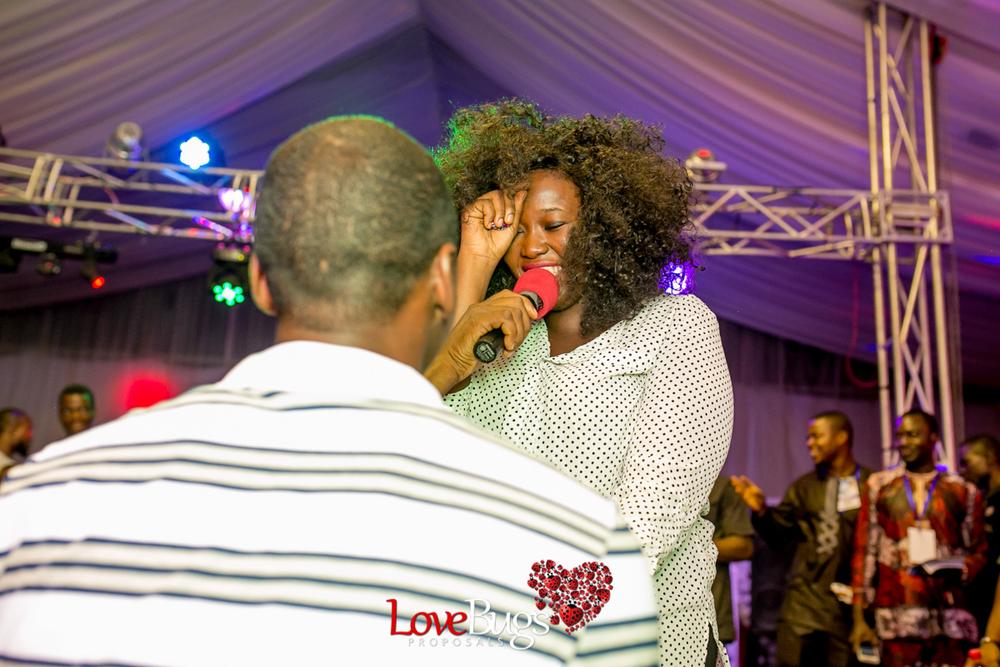 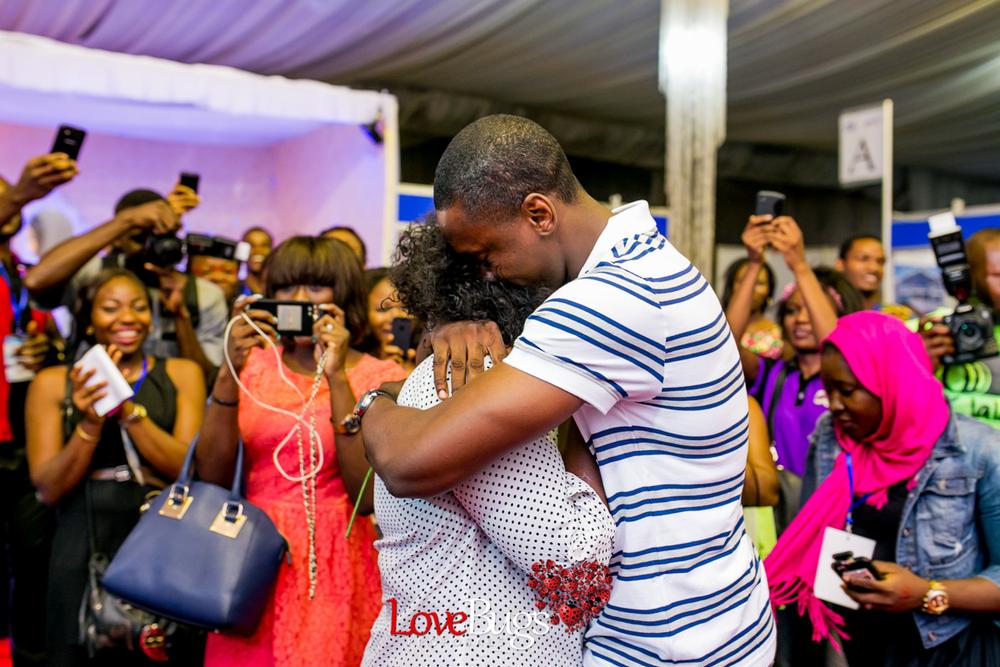 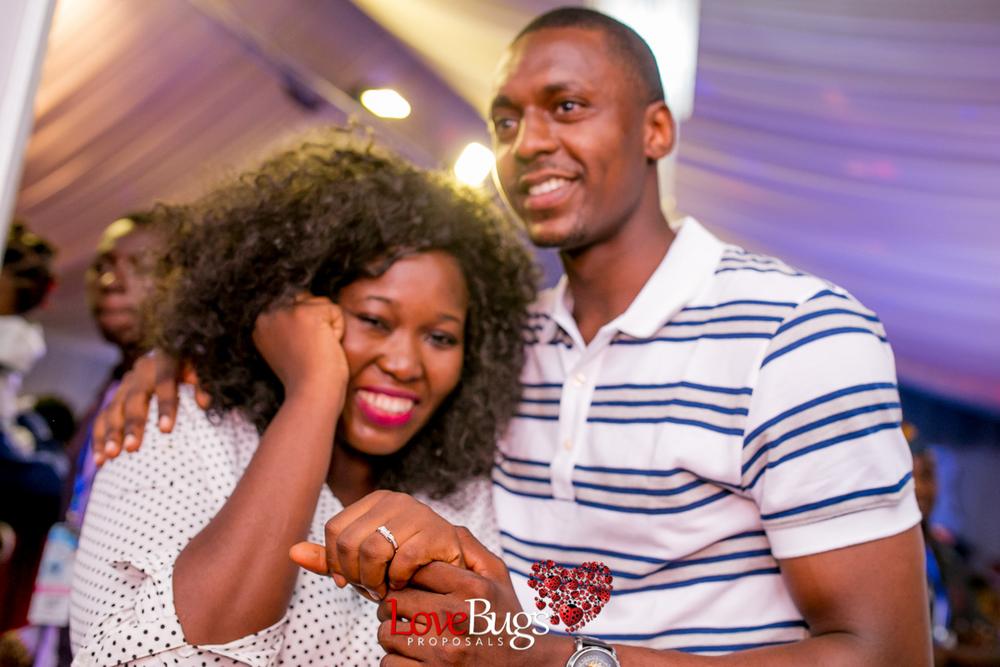 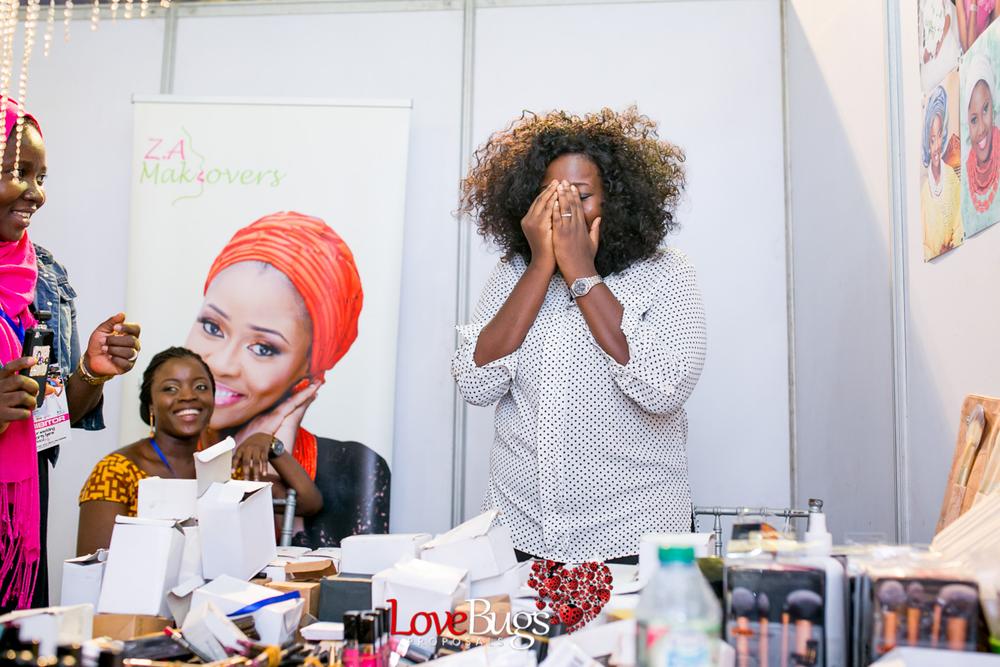 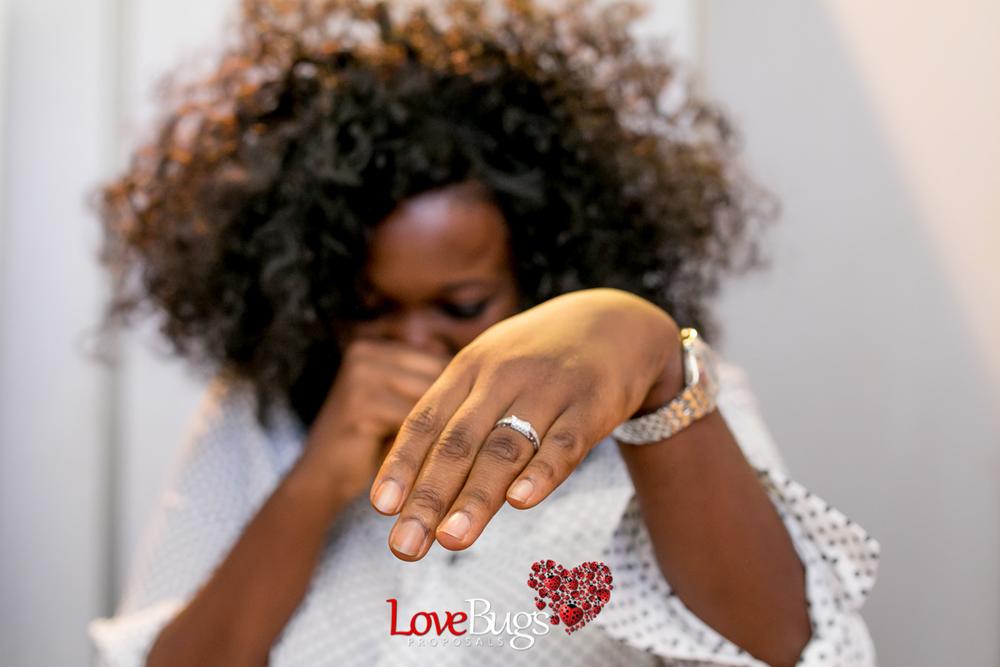 She was totally stunned! and then she said Yes! 🙂