Pandemonium in Ekiti as Residents Obey Gov. Fayose's Call to "Rise Up and Protect Him"

Coronavirus: President Buhari's Easter Message to the Nation is about Precaution | Check out more Updates 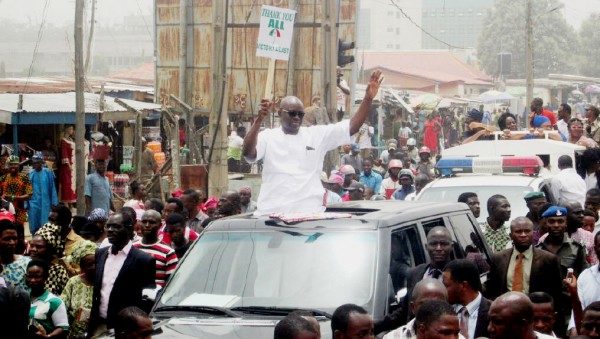 There was pandemonium in Ekiti State as some residents obeyed Governor Ayodele Fayose‘s call to rise up and protect him from the Ekiti Assembly’s attempts to impeach him.

According to Punch, Fayose had announced during a statewide broadcast on Sunday that lawmakers were planning to take over the assembly to start impeachment proceedings against him. He subsequently called on “transport unions, market women and workers to rise up and protect the mandate they gave him.”

Many obeyed his call, and proceeded to join some PDP members to lay siege  to the Ekiti State House of Assembly building in attempts to halt the resumption of the 19 APC lawmakers.

As a result of the ensuing commotion, schools in the state capital did not re-open for their third term academic semester. Also, workers on their way to their respective places of employment were forced to go back home.