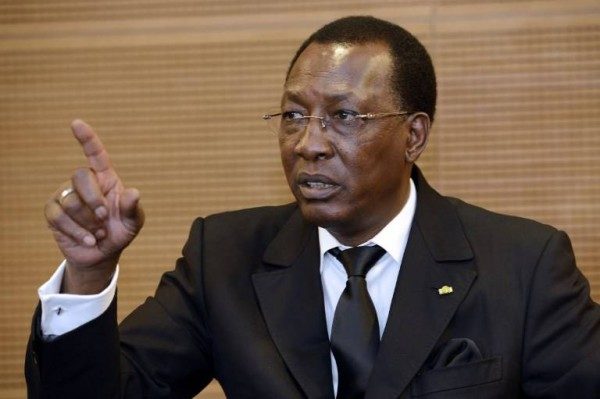 A few months ago, president of Chad, Idris Deby, stated that he knew the whereabouts of Boko Haram leader, Abubakar Shekau, and has urged him to surrender or face death.

However, Deby on Monday said he actually doesn’t know where Shekhau is, and even if he did, he would not tell anyone, Vanguard reports.

Deby made the statement while speaking with state House correspondents after meeting with President Goodluck Jonathan.
He also gave his opinion on why the Nigerian and Chadian Army haven’t made enough progress in fighting Boko Haram.

“It is regrettable that the two armies that is the Nigerian army and the Chadian Army are working separating in the field, they are not undertaking joint operation. If they were operating joint operation probably they would have achieved more results.

As you all know we both work together to fight ‎Boko Haram. I thought it was important that before Mr. President leaves office, I will come for us to have overview of what we did together, what we achieved together in the fight against Boko Haram.

It Is true Boko Haram has not been completely eradicated ‎but they have been tremendously weakened. I did not want to wait and come during the inauguration of the new government, I thought I should come to consult with Mr. President, to congratulate him and to have this exchange and have overview of what we have been able to achieve in the fight against Boko Haram” he said.

Twittersphere Expresses Mixed Reactions to George Zimmerman Getting Shot At