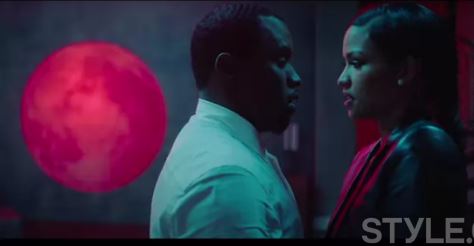 Wow! We guess this is what 3AM looks like in Diddy and Cassie‘s world.

The couple, most recently spotted seated next to each other at the #MayPac fight, play lovers in a steamy ad for the music mogul’s new fragrance, 3AM.

“That whole interaction has nothing to do with sex as much as it has to do with love. My concept is that love is the new sexy.”

“The concept for the video represents one of the things that 3 a.m. is for me. It’s a very one-on-one time. It’s a time to have fun and push the envelope a little bit. It’s definitely an hour where you would find yourself with a young lady.”

“No matter what the fragrance is called, that’s my objective. And I want a lot of people to get laid to it!”

***Kindly note this video is NSFW (not suitable for work) and for minors.***