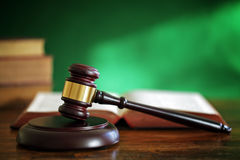 A 62-year-old woman, Joy Shittu, and her 25-year-old daughter, Toyin, were on Tuesday arraigned before an Ebute Metta Chief Magistrates’ Court for concealing a corpse.

The accused were charged with conspiracy, indignity to and unlawful possession of human remains.

They however, pleaded not guilty to the charges.

Nkankuk told the court that the accused persons concealed the corpse of one Olatunji Shittu in their residence.

“These two accused could not give a satisfactory answer when asked why the corpse was in their possession instead of being in a morgue.”

“It should be brought to the notice of this court that investigation is still ongoing to ascertain the cause of death of the deceased.”

“But it flaunts the law of this land for the accused to harbour the corpse instead of depositing it in a mortuary,’’ Nkankuk said.

Chief Magistrate Olatunbosun Abolarinwa granted bail to the accused persons in the sum of N100, 000 each and two sureties each in like sum.

Abolarinwa said one of the sureties must be a blood relation to the accused.