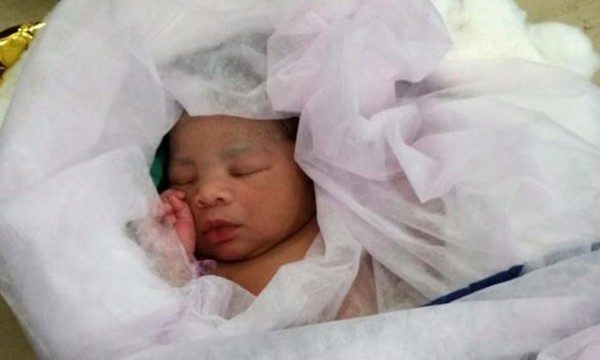 Stephanie Samuel, the 24-year-old Nigerian migrant who was one of nearly 6,800 migrants rescued in the Mediterranean, and gave birth at sea, reportedly stated that Nigeria is the worst place to be.

She made the statement during an interview with Reuters when asked about her ordeal.

“I didn’t expect the baby, you know, but she just like, she just came,” Samuel said. “I just wanted to leave Libya. Italy is better than Libya and Nigeria is the worst.”

Speaking on her baby’s future, she said, “God decides, not me … but I believe she will have a more good future in Europe.”

Reports state that Samuel worked in Tripoli for two years as a housemaid to save up money to pay smugglers for the trip.

However, the boat she was traveling in along with 90 others stalled after barely three hours at sea.

In the course of rescue efforts, she was unconscious after suffering epileptic seizures and went into labor. She subsequently gave birth to a healthy baby girl, and named her Francesca Marina.

#Trek4GEJ: Oladele Shows Followers How He has Been Surviving + More Updates