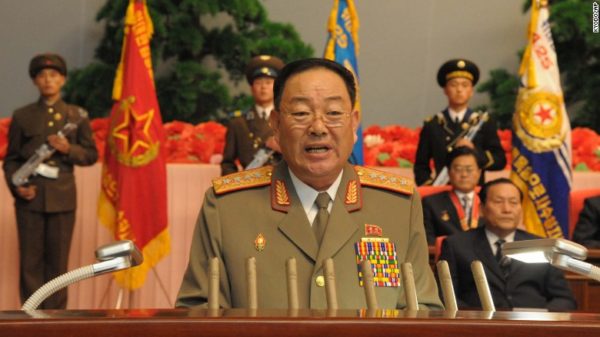 North Korea has executed its Defense Chief after accusing him of treason, because he was reportedly caught dozing off at a military event, and failed to carry out North Korean leader Kim Jong Un‘s instructions.

The Defense Chief, Hyon Yong Chol was killed by firing squad using an anti-aircraft gun at a military school in front of hundreds of people in Pyongyang around April 30, CNN reports.

Kim Jong Un has been accused of ordering the executions of as many as 15 top officials so far in 2015.