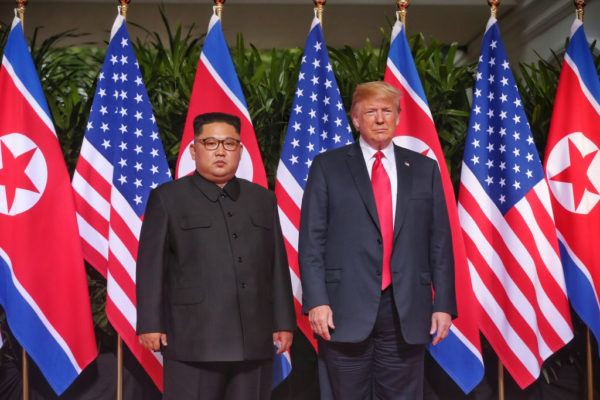 The historic meeting between the US President Donald Trump and North Korean leader Kim Jong-un in Singapore has come to an end.

The meeting, which is a first between leaders of the two countries, took nearly 5 hours, according to CNN, and ended with the two leaders signing a declaration.

The declaration read that the North Korean leader “reaffirmed his firm and unwavering commitment to complete denuclearization of the Korean Peninsula.”

Speaking after the meeting, Trump said him and Kim “learned a lot about each other and our countries.” He continued: “I learned he’s a very talented man.”

Kim, through his translator, echoed Trump’s sentiments. He said:

Today, we had a historic meeting and decided to leave the past behind. The world will see a major change.

Kim’s assistant was also overheard saying, while the two leaders walked on: “Many people in the world will think of this as a (inaudible) form of fantasy … from a science fiction movie.”