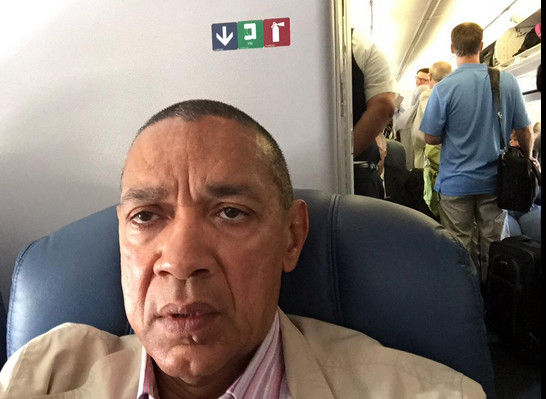 Bayelsa East Senator Elect & Silverbird Group Chairman, Ben Murray-Bruce took to Twitter a few hours ago, to announce that he does not fly First Class.

I’m just about to take off from LA after attending my son’s graduation. As you can see, I don’t fly 1st Class. pic.twitter.com/vQfOsFwN8H

What is wrong with Ben Murray-Bruce? You don’t fly first class doesn’t mean we should trust you.

Just got to work….as you can see i don’t drive a Ford egde…? #benmurraybruce

And to those criticizing @benmurraybruce! Isn’t this why Nigeria has no helpers? You stone death those who have the courage to step forward. — Omotola. j .Ekeinde (@Realomosexy) May 12, 2015

#idontfly1stClass #BenMurrayBruce…seems the goodman is trying too hard to impress! Lol

Ben Bruce is a showman – he can't but do his politics without that showbiz razzmatazz coming through. See the substance, ignore all else.