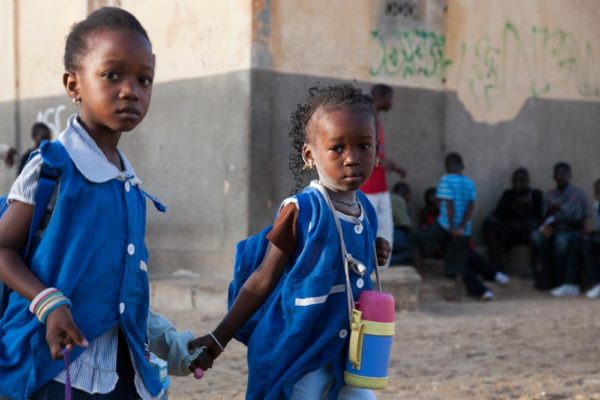 The school’s security guard, Malam Ibrahim Dansarki, told the New Agency of Nigeria (NAN) in Kano that the incident took place around 1:00 p.m. shortly after the closure of the school.

He said the suspects were said to have crossed over a collapsed portion of the school’s fence and stabbed the children, a boy and a girl, before locking them in a toilet.

Dansarki said the suspects did not remove any part of their body as being speculated in some quarters.

The Police Public Relations Officer in the state, ASP Magaji Majiya, who confirmed the incident, said the school’s Assistant Headmaster, Naziru Mohammed, reported the incident to the police.

He, however, said that only one of the victims died, while the other, a boy, was receiving medical treatment at the hospital.

Majiya said investigation had commenced to unravel the motive behind the act and to track down the suspected killers.

Photo Credit: Piccaya/Dreamstime.com (*Photo is for ILLUSTRATIVE PURPOSES only*)

For the Love of Prints, Design for Love Unveils New Collection – “Colours of Africa”