Stan Nze and His Lolo Blessing Celebrate 1 Year of Bliss & Their Love Notes Have Us Smiling! 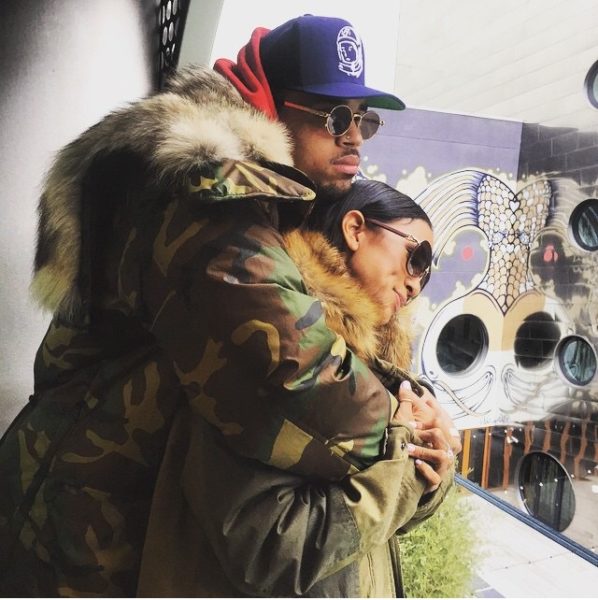 Chris Brown and his on/off girlfriend Karrueche Tran have had quite the exchange on Instagram in the past few hours.

The tempo went from harsh and attacking to mellow and accepting in the past few hours with Chris Brown’s last post sounding very much like a final goodbye to Karrueche.

The music star first responded to a short clip posted online by TheShadeRoom which showed Karrueche having an interview and talking about Chris Brown plus the baby mama drama. 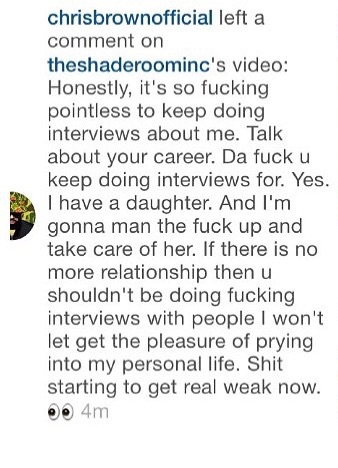 Karrueche responded to his comment on her own page with: 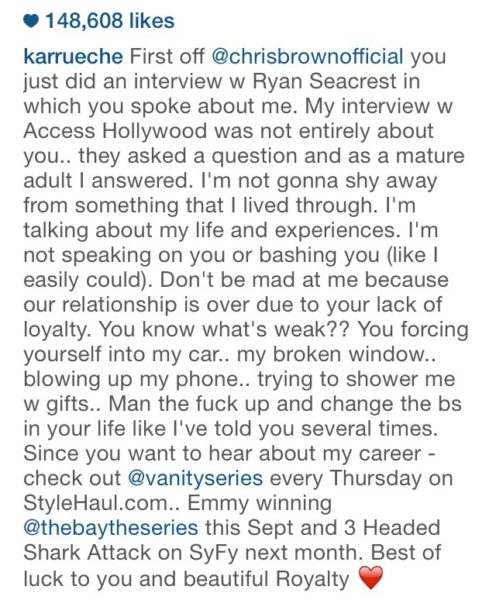 When TheShadeRoom reposted her response, he commented with ‘?’ and then posted a photo of himself and Karrueche on his page, with the caption:

Looks like they may be done finally this time. What do you think?