Bunmi Ajakaiye: The Night I Wasn't a Photographer 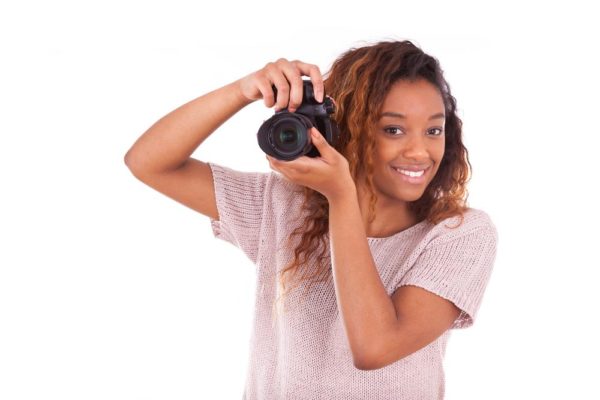 The other day I got a call from one of my senior editors asking where on earth I have been. The truth is,  I haven’t been doing much photographing as I should. I could have kept writing anyway but I feel this is the one place I can be candid and in order to do that, I have to literally ‘experience’ stuff.

I’ve been busy being torn to shreds while working on films and writing. Ghost writing to be specific and since that involves zero social interaction, I pushed all social functions aside to fully concentrate. That was until recently when my friend Taeni dragged me out to a music event. I got there late (my way of protesting) but as soon as I stepped in and saw my photog buddies, I very nearly burst into tears! I didn’t know I had missed them this much; more amazing was the fact that they missed me too. All I kept hearing was “this girl, where you dey since? You travelled? You ran away because of election abi?” I nearly claimed that last one.

It took all of my new found Lagos babe behavioural instincts not to hightail it back to my house, grab my camera and dive right into the lineup. We exchanged pleasantries and I reluctantly left them to go and play guest, which involved sitting down, looking seriously interested and literally acting like it ain’t no thing.

The best thing about working an event is being able to move around without people wondering what your problem is. Your camera is your pass, you don’t have to sit still, applaud politely, make small talk (yawn) or basically give two. Just look through your lenses and make each frame count.

To add salt to injury, the place was beautifully set up! The lighting was amazing, the people looked great, it was any event photographer’s wet dream and I sat there frothing at the mouth. My hands were itching seriously. My brethren, is that what blue balls feel like? Anyway the evening continued and as I got into the spirit of things, I saw a flash go off; I turned to look who they were taking pictures of… surely not me.

I mean, who takes pictures of the photographer anyway. Newsflash woman- you are not a photographer here! The guy looked down at his frame, smiled at me and gave me that gotcha sign. In my mind I had run over to him, checked the frame and made suggestions but alas…

Regretfully I had to make it an early night because I had a 6a.m call time the next day, which is the sucky part about making movies – you have to be up super early and get through the day without killing somebody’s child. As I sat there drawing up the chart for the next day, I could feel my camera lenses eyeing me in the corner, calling me “traitor”. I felt like a bad boyfriend because I realized I had neglected her for the bigger, badder film cameras I’ve been around lately. Working in film in Nigeria is insanity’s bigger uncle. It is super fast, cut throat, pissing content on steroids and nowhere near as glamorous as the events I’m used to.

From an entire film crew going on strike mid shoot to a director who proclaimed that he was the giant killer, to diva tantrums, make up disasters, sound issues in post production and truck loads of lewd innuendos being tossed around, there is hardly any time to stand still and be thinking of taking pictures!

In case you were wondering, I survived the giant killer, though I still shudder when I have flash backs. Kai! It would have been hilarious if it wasn’t so scary. That one is actually a good story; I hope I can tell you another time.

My name is Bunmi and I am a photographer and writer in this crazy, ridiculous and absolutely exhilarating city of Lagos! I feel like I am on a wild rollercoaster ride as I keep learning new things and seeing some “American wonder” type stuff along the way. Your girl is a learner! Read more at:  http://www.fashionfinancials.blogspot.co.uk