Dencia dropped some gems on Instagram a few hours ago as she shared her motivation for success while advising young women on how to make their success legitimate and dignified. 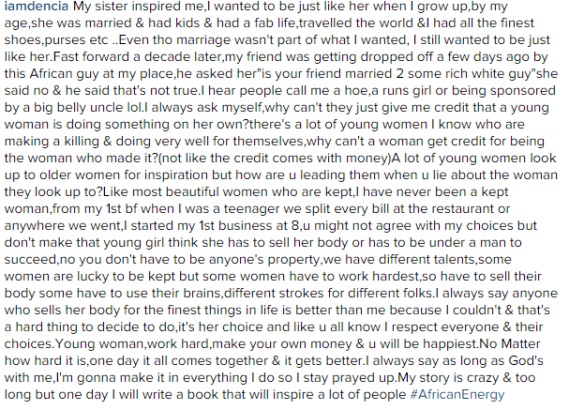 D’Prince is now a Daddy!