Nicole the Fertile Chick: I Married as a Virgin But I Can't Conceive 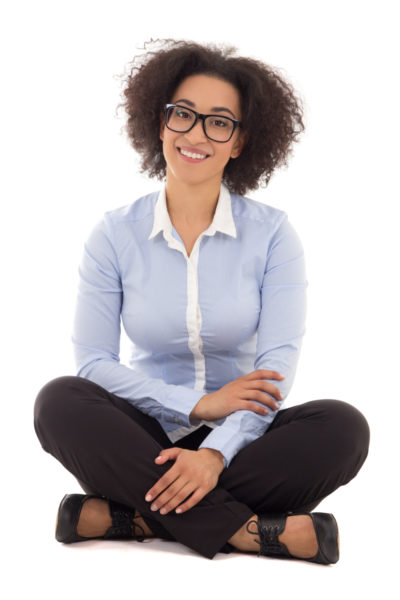 This is one of the common statements I have heard amongst my friends and TTC community members. A good number of women who married as virgins, rather than getting knocked up immediately as expected, are still battling infertility many years later.
Most times, this question is asked almost with a sense of entitlement! Like, they did their own part, so why has God shortchanged them? After all, infertility is only for the promiscuous, morally bankrupt ones, right? The ones who have had a truckload of past sexual partners, and have been in and out of one abortion clinic after the next, right? Wrong!

Whilst it is true that having had multiple sexual partners might not be in anybody’s best interest, as the risk of infection is increased (and we all know infections do not bode well for one’s reproductive system, especially if not well managed,) it is not an automatic pass for infertility.

In fact, for she who is able to protect herself accordingly, her risk of infection is almost as low as her less promiscuous counterpart. And if she is in generally good health, by the time she is ready to start a family, she might be literally as fertile as a rabbit. I remember the “aristo girls” back then in my Moremi Hall, Unilag days. These girls made no secret of their err…extra curricular activities, were often seen hopping out of exotic cars at odd hours of the morning, and would hoard the Telipoint phone booths for hours on end. They were bona fide bad girls, or should I say “runs girls”. But not only did most of them get married before a lot of us who thought we were (comparatively) good girls, the ones I have run into don’t appear to have had any fertility challenges whatsoever. So, in other words, promiscuity doesn’t necessarily equate to infertility.

What then causes a woman, whose only sexual partner has been her husband (not boyfriend), to be fertility challenged? A plethora of reasons! With one of the most common being hormonal. Hormonal disorders like PCOS really don’t care if you have lived the life of a saint before marriage. PCOS occurs when there is excess insulin (a hormone that controls the change of sugar, starches, and other food into energy for the body to use or store). Its exact cause is unknown, but it has been closely linked to genetics, meaning if close relatives like your mother, sister, or aunt, have PCOS, then the risk of you developing it is often increased. Other hormonal issues, that could affect fertility, include elevated prolactin levels, high FSH (Follicle Stimulating Hormone) levels, low AMH (Anti-Mullerian Hormone) levels, etc., none of which have any relationship with one’s sexual history (or lack of). And when you consider another possible infertility factor, i.e. uterine fibroids, there is the common belief that they occur when the uterus is left unoccupied for a long period, i.e. if you delay childbearing. I personally do not believe this theory, but it is ironic as, if true, it implies that the longer you remain a virgin, the higher your risk of developing fibroids. But, like I said, I don’t believe this to be true.

And even if all is well with the woman’s physical system, and she is certifiably fertile, if her partner’s sperm count and quality are poor, the odds of conception are greatly reduced. So if you got married as a virgin, but your hubby’s swimmers are not in the best condition, this unfortunately leads you to fertility challenged territory.
In a good number of these cases, the root cause has not even been anything physiological.

At a recent secondary school reunion, I got into an interesting conversation with an old classmate, whom I’ll call Cynthia. Back in those, she was one of the very very good girls. She would stare blank faced at the rest of us, as we talked about our holiday adventures, the parties we had attended and the cute boys we had met. None of that interested her at all. This wasn’t anything strange, as there were a number of girls who weren’t interested in the usual teenage shenanigans. What was strange was that even in University, she didn’t date AT ALL. She told me how she was more focused on getting a 1st class degree than wasting her time with guys. Anyways, right after graduation, she met a nice man, and they married very shortly after. Imagine her shock when the first year, and then the second, and then the third, went by, without even the hint of a pregnancy. All medical tests had shown both she and her husband were in excellent health. So, what could be the problem? Well, it turns out that she was one of those women who ovulate very early in their cycle. For three years, she had been relying on what the textbooks told her, that she was most fertile in the middle of her cycle, and they timed their sex around this time. Well, the one cycle when they happened to have more sex right after her period ended was the cycle that she got pregnant. Her second child was born almost a year later. Her crime had been not understanding her body well enough.

The morale of the story is not to automatically expect pregnancy to come easy, just because your sexual history isn’t checkered. Infertility can afflict anyone. The best approach is to properly understand your body. Most hormomal imbalances have physical telltale manifestations, such as rapid weight gain, hair loss, lactation, etc., so it is always a good idea to be on the lookout for these, even before you get married. It is also important to understand your cycle, especially your precise ovulation window. And knowing your partner’s sperm situation will also prevent you from chasing shadows if, in fact, that is the reason behind your infertility.

Good luck, and baby dust to all!