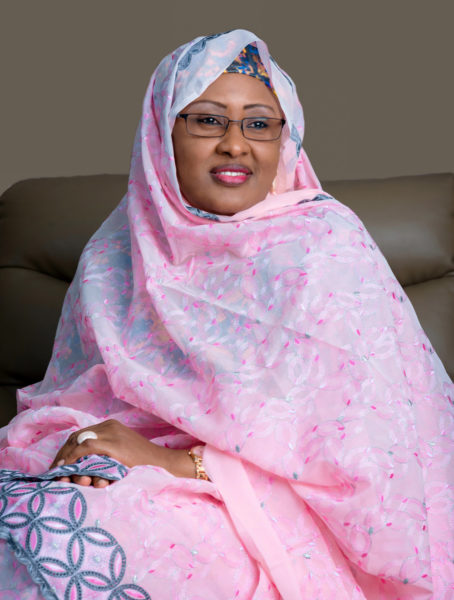 President Muhammadu Buhari and his wife, Aisha, on Friday in Abuja met with the mothers of the missing Chibok Girls to re assure them of the government’s determination to rescue the girls.

The meeting was at the instance of the wife of the President.

Addressing State House Correspondents after the meeting, the wife of the Vice President,  Dolapo Osinbajo, said the meeting was a dream accomplished.

“Her Excellency, Hajia Aisha Muhammadu Buhari, has for very many months wanted to visit Chibok. She also wanted to meet with the mothers. So today we had an opportunity for them to meet face to face. We had two of the mothers who still had their daughters missing after a year. And Hajia being a mother, she met with them, she held them, they cried everybody cried; and whatever a mother would do is to say wait I want you to see your father and see what your father will do,” Osinbajo said.

“So we are all extremely overwhelmed that at this time when the President is so busy doing so much he had time to meet with the women from Chibok. He spoke with them in English, spoke to them in Hausa and he explained to them how he keeps saying to everyone: put yourself in their place. So today we have had the opportunity for the President and Hajia to show that truly they are a father and a mother for the nation. And for that we are glad.’’

The News Agency of Nigeria (NAN) reports that the Chibok girls were abducted from their school in Chibok, Borno, by the Boko Haram terrorists on April 14, 2014.

The abduction raised both local and international outrage and drew the attention of the international community to the bitter experiences of victims of the terrorist organization, Boko Haram.