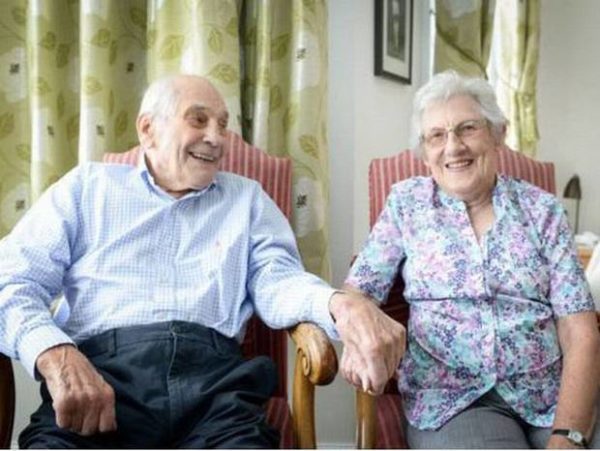 Who says you’re ever too old to get married? Meet George Kirby and Doreen Luckie – the world’s oldest newlyweds.

George and Doreen had been together for 27 years, and finally tied the knot on Saturday, Guardian reports. The pair got engaged on Valentine’s Day.

The ceremony took place at a hotel in the seaside town of Eastbourne, southern England, and was witnessed by close friends and family.

Speaking on their wedding, Doreen said she and George had no regrets about not marrying earlier. “We didn’t want to bother about marriage before but eventually we did it,” she said.

When asked how he proposed, George said, “I didn’t get down on one knee, because I don’t think I would have been able to get back up.”

Related Topics:lovemarriageWeddingsWorld's Oldest Newlyweds
Up Next